Well, the current price movement looks less and less like a reverse. Most likely, in the nearest future the Index will form another bullish wave inside the fifth wave. Expecting this to happen, I opened a buy order with the tight stop. 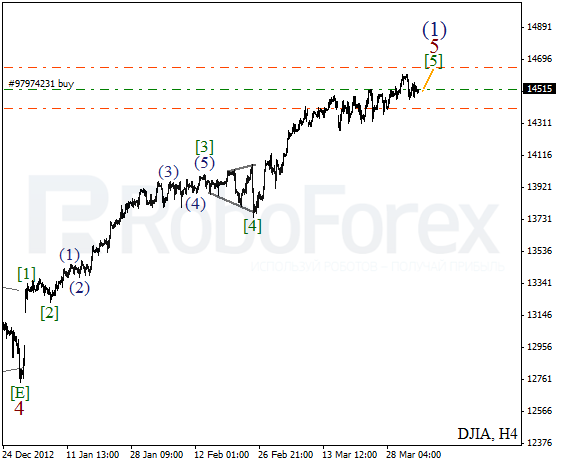 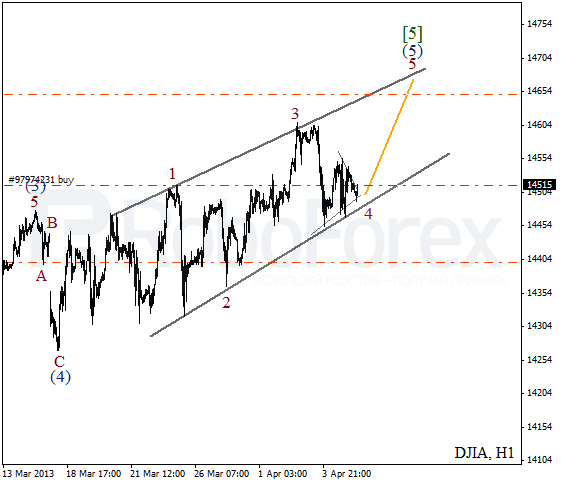 We can’t exclude a possibility that the instrument is still forming triangle pattern inside wave B. In this case the current descending movement may be considered as wave [E]. If Oil rebounds from the pattern’s lower border, the market will start growing up again. 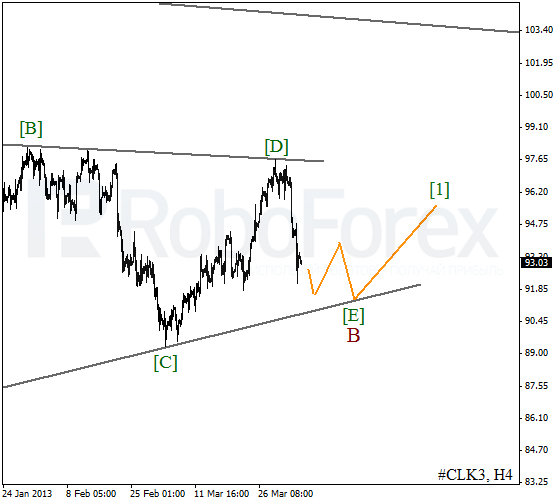 More detailed wave structure is shown on the H1 chart. We may assume that yesterday the price completed an expansion inside wave 3 and right now, a local correction is taking place. Later, after finishing the fourth wave, Oil may start a new descending movement. 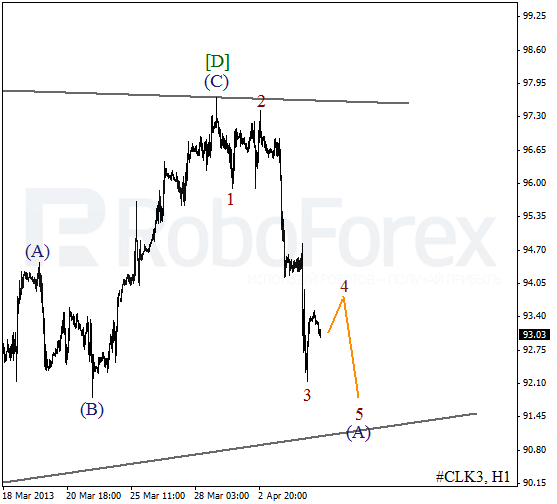