After completing wave [2], the price formed an initial descending impulse. Wave (B) inside the correction took the form of horizontal triangle pattern, and wave (C) was completed reduced. During this week we can expect the price to finish wave (2) and then start falling down while forming the third wave. 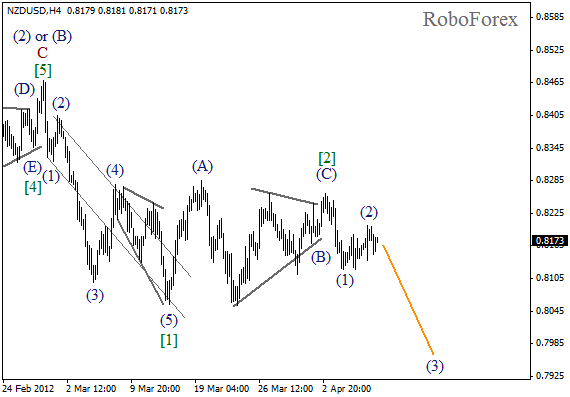 At the H1 chart we can see the formation of wave (2), which is taking the form of double zigzag pattern. Taking into consideration the fact that today is a day off in many countries, we shouldn’t expect any serious movements during the day. However, after that we can expect the price to start a rally inside wave (3). 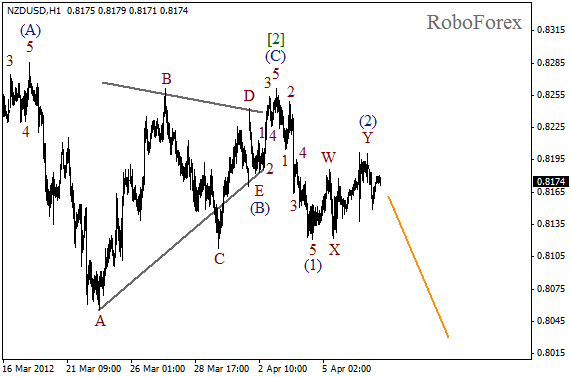 After forming zigzag pattern in wave [2], the price continues moving downwards and almost reached the local minimum. It looks like wave (1) is about to be completed soon. In the future we can expect a slight correction, and then the price may start falling down again, inside the third wave. 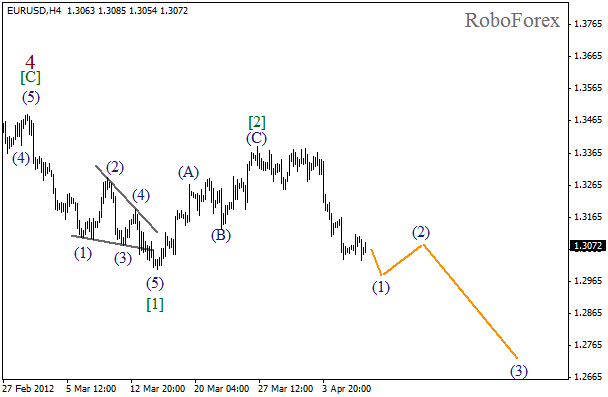 More detailed wave structure is shown on the H1 chart. Wave 5 of (1) lacks just several more waves in order to be finished. Most likely, wave (1) will be completely formed on Monday, and the correction may start after that. 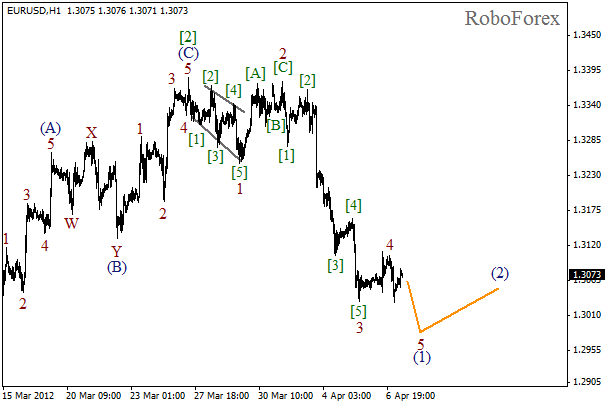