Index is starting new ascending movement, just as we expected. Probably, after finishing wedge pattern inside wave (1), price completed flat pattern inside the second one. In the near term, instrument is expected to continue moving upwards inside wave (3). 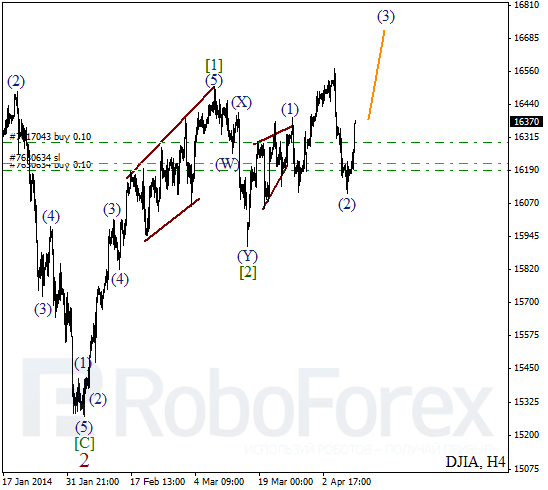 More detailed wave structure is shown on H1 chart. After completing impulse inside wave C of (2), Index started forming bullish impulse inside the first wave. Current chart structure implies that instrument may continue growing up inside wave 1, but later it is expected to start local correction. 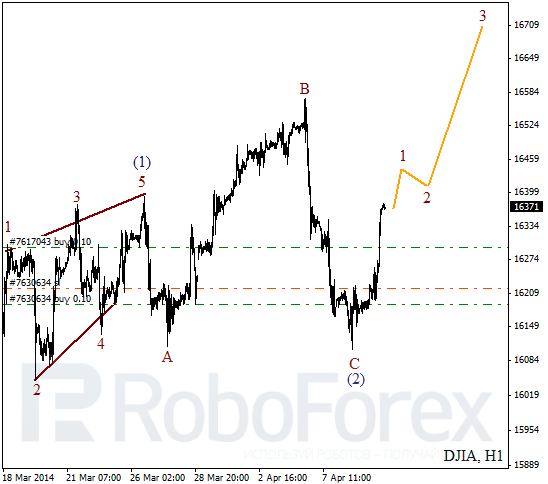 Oil is about to finish correctional wave 2. Considering that earlier price completed descending impulse inside the first wave, during the next several weeks bears are expected to make strong descending movement inside the third wave. 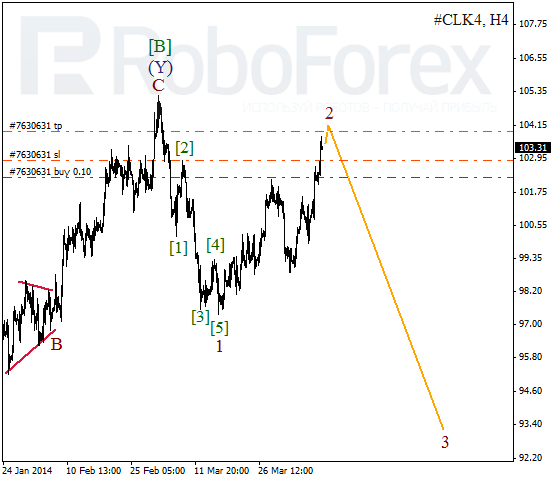 As we can see at the H1 chart, wave 2 is taking the form of double zigzag pattern. On minor wave level, Oil is finishing bullish impulse inside wave (C). In the future, instrument is expected to make final ascending movement and then reverse downwards. 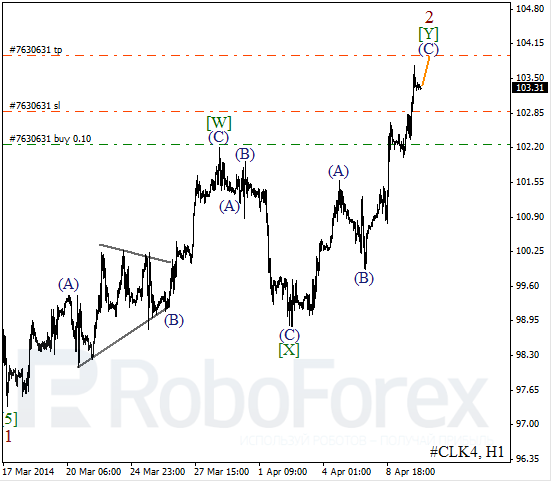