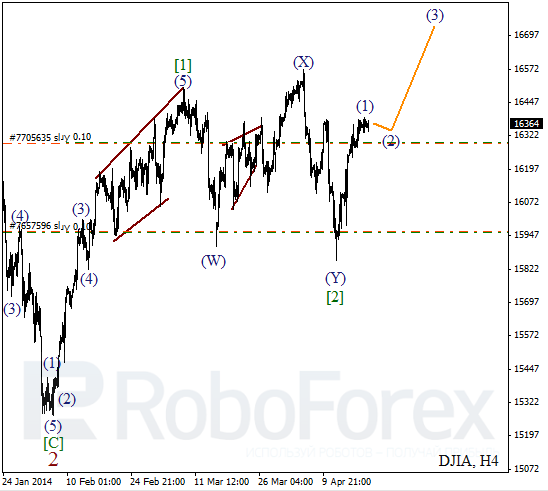 As we can see at the H1 chart, price finished wave (1). Possibly, in the nearest future local correction may continue. Later, price is expected to start moving upwards inside the third wave. 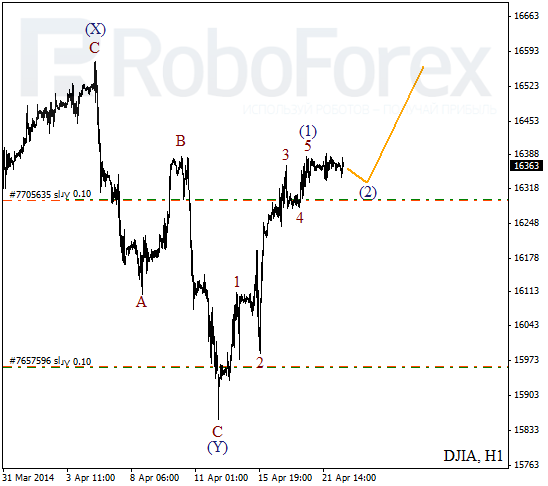 In case of Oil, current correction may yet continue. Probably, in the nearest future price may reach new local maximum. In general, forecast remains the same: market is expected to start falling down inside the third wave. 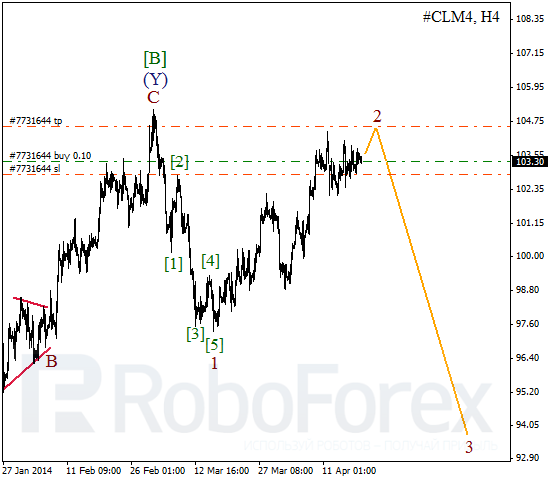 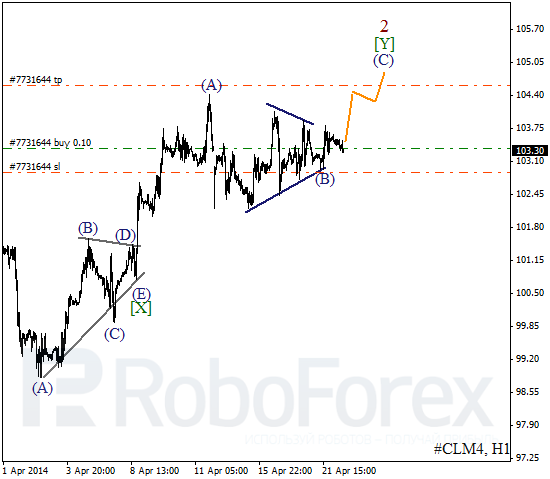