It looks like the price, after completing zigzag pattern in wave [2], finished a descending impulse. At the moment the local correction is taking place. In the near term, we can expect the price to start falling down while forming the third wave. 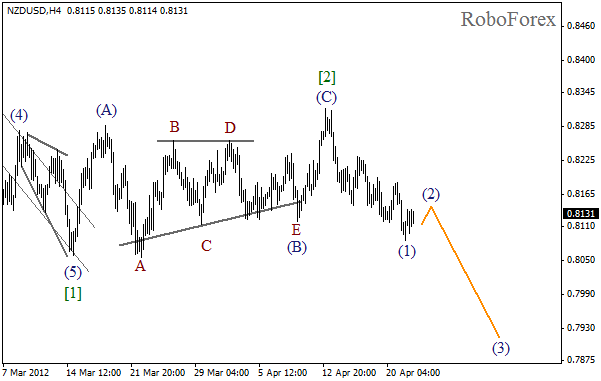 As we can see at the H1 chart, the price has completed a descending wedge pattern in wave (1), and currently is forming zigzag pattern in the second wave with wave C inside it. In the near term, the market may grow up a bit, however, after that we can expect the pair to start falling down again. 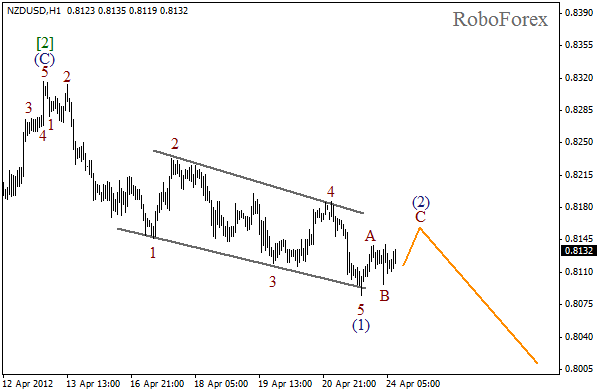 We may assume that wave (2) has been completed in the form of double zigzag pattern, and right now Euro is in the very beginning of the third wave. In the near term, we can expect the local correction to be finished and then the price to start falling down again. 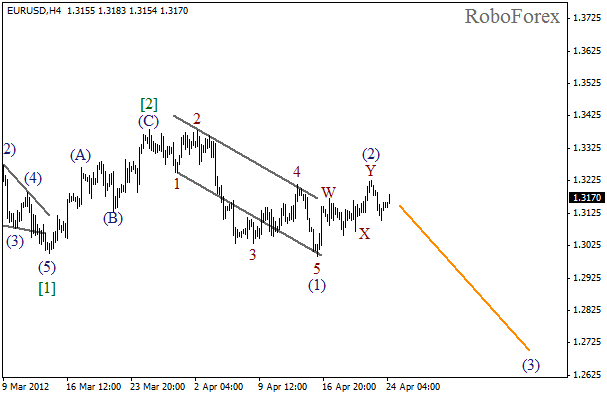 At the H1 chart the price has finished an initial descending impulse. Wave [2] also seems to have been completed and in the near term the pair is going to start the third one. Expecting this to happen I’ve opened a sell order with the stop placed a bit above local maximum. 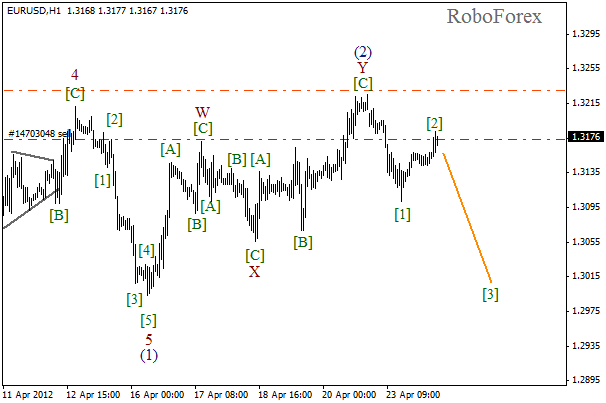