Despite the fact that the Index made a rapid descending movement, the main scenario still implies that the market is now moving inside the fifth wave. Now there is a possibility that the instrument may form diagonal triangle pattern inside wave [5], which means that the price may reach new maximums during the next several days. 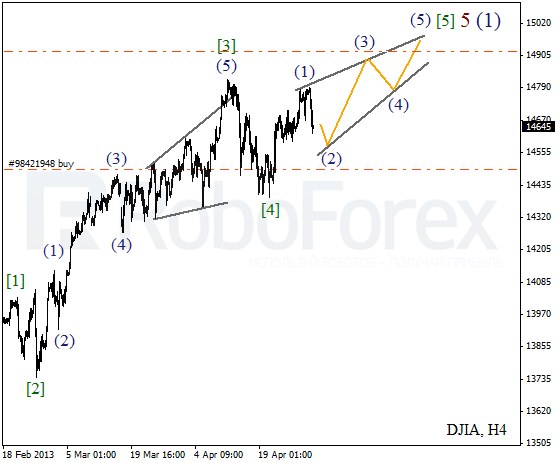 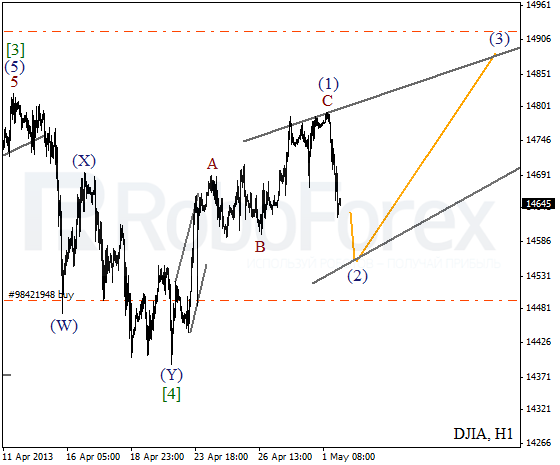 Oil is starting a new descending movement. We can’t exclude a possibility that wave [B] was finished and right now the bears are starting wave [C]. Most likely, the instrument will continue moving downwards during the next several days. The target is at the level of $81 per barrel of Light Sweet. 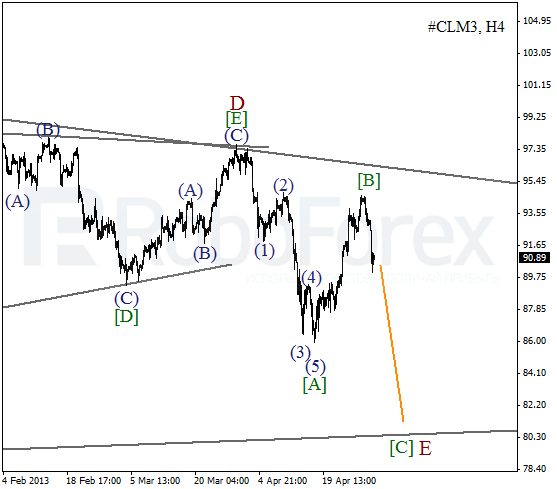 More detailed wave structure is shown on the H1 chart.  It looks like wave [B] took the form of zigzag pattern. Currently the price is forming an initial descending impulse with the fourth wave inside it. The instrument is expected to reach a new local minimum during Thursday. 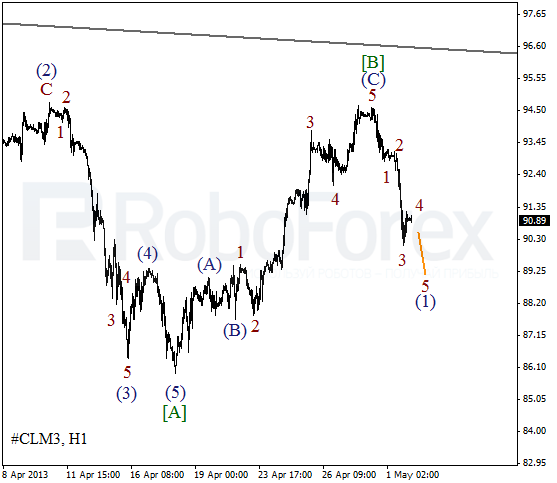