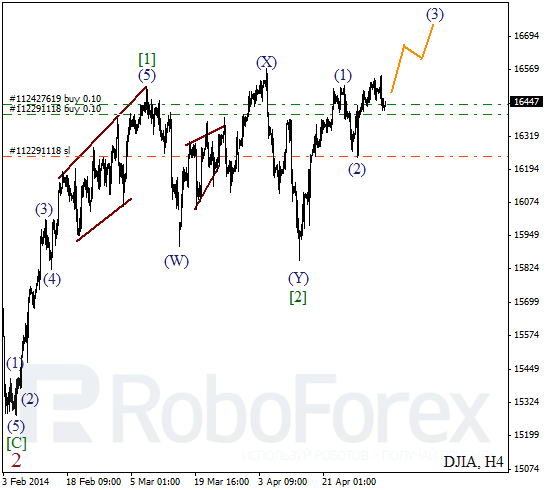 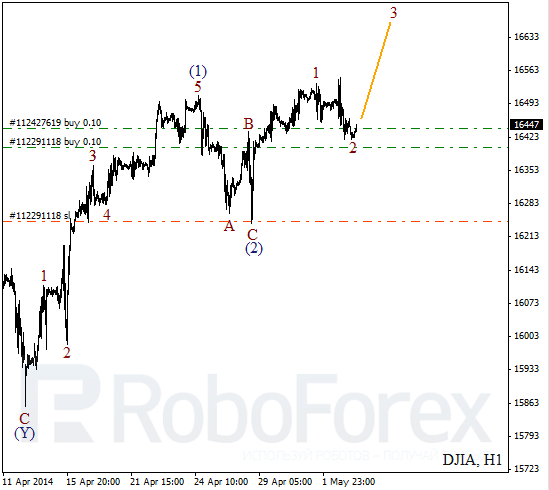 Oil continues falling down inside the third wave. Probably, earlier price formed bearish impulse inside wave 1. Most likely, in the nearest future instrument may start falling down again and break previous minimum. 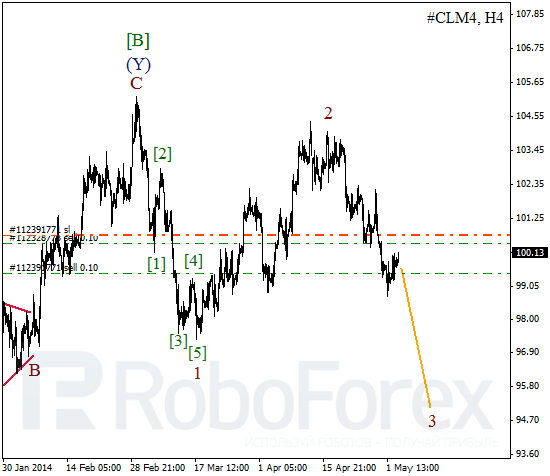 As we can see at the H1 chart, Oil formed two first waves. During the day, price is expected to complete wave (2) and start new descending movement inside the third one. I’m planning to increase my short position as soon as instrument start forming initial descending impulse. 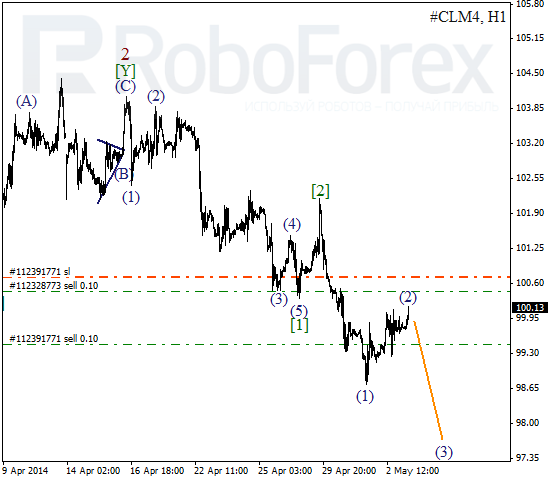