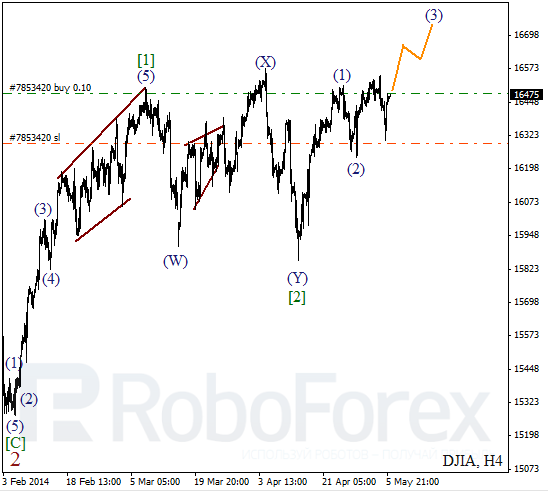 As we can see at the H1 chart, after finishing zigzag pattern inside wave (2), Index completed wedge pattern inside the first wave. Most likely, in the nearest future market may continue moving upwards inside the third wave. 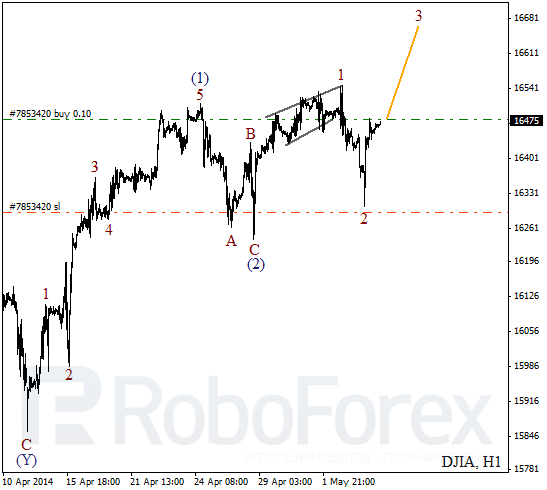 Oil continues falling down. Probably, earlier price formed bearish impulse inside wave 1. Most likely, in the nearest future instrument may start falling down again inside the third wave and break previous minimum. 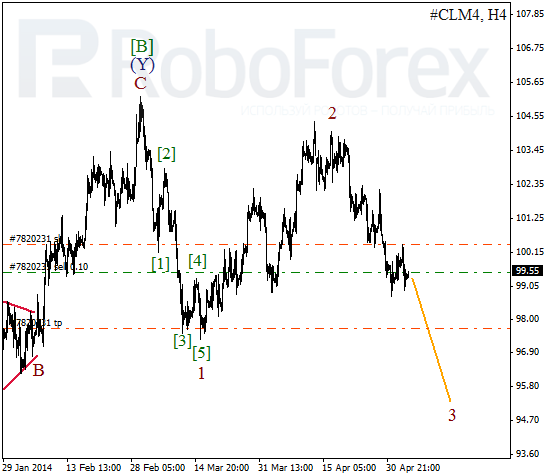 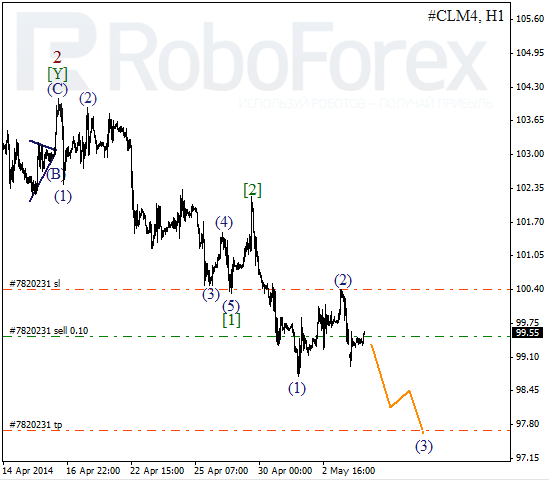