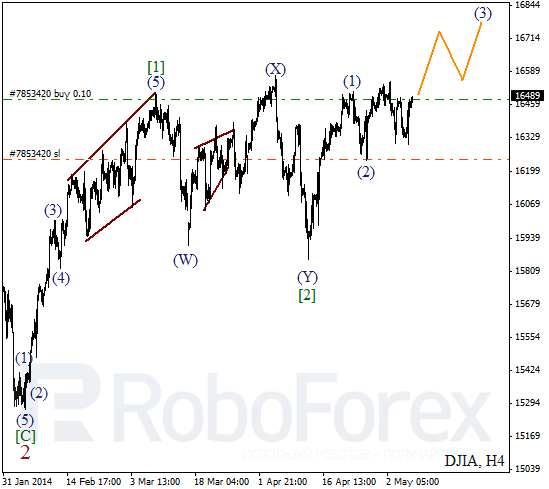 More detailed wave structure is shown on H1 chart. After finishing wedge pattern inside the first wave, Index formed zigzag pattern inside the second one. In the near term, instrument is expected to continue growing up inside wave 3 of (3). 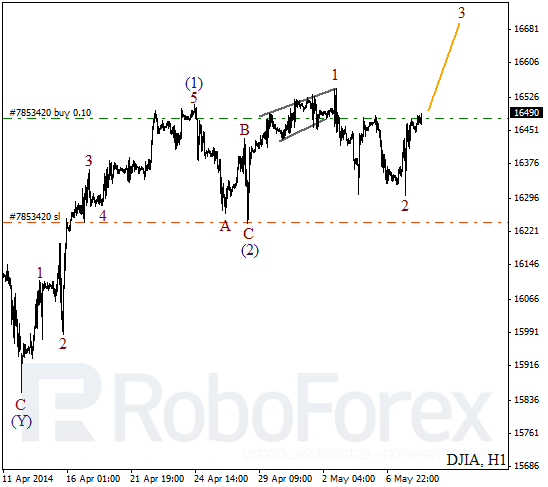 Probably, Oil is forming extension inside wave 3. On minor wave level, price formed bearish impulse inside the first wave and right now is completing local correction. In the future, instrument is expected to start falling down again inside wave [3] of 3. 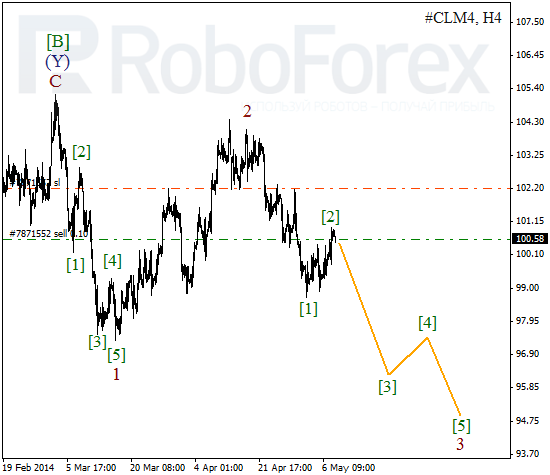 As we can see at the H1 chart, wave [2] is taking the form of zigzag pattern. Later price is expected to move downwards inside the first wave, which may be a good signal to open several more sell orders. Instrument may break minimum of wave [1] until the end of this trading week. 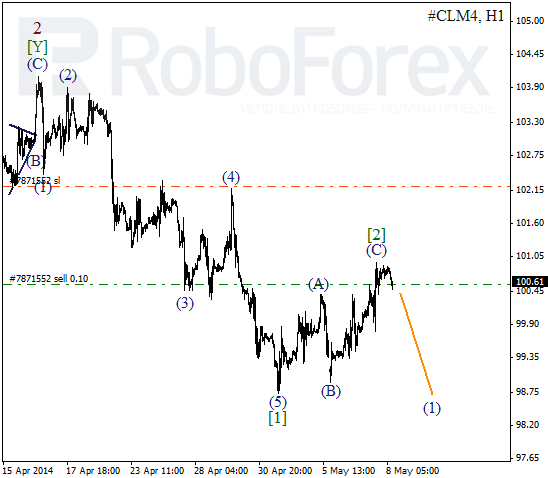