It looks like Index is still extending wave (3) with the fourth wave inside it. In the near term, correction may continue, but later instrument is expected to start moving upwards inside wave 5 of (3). 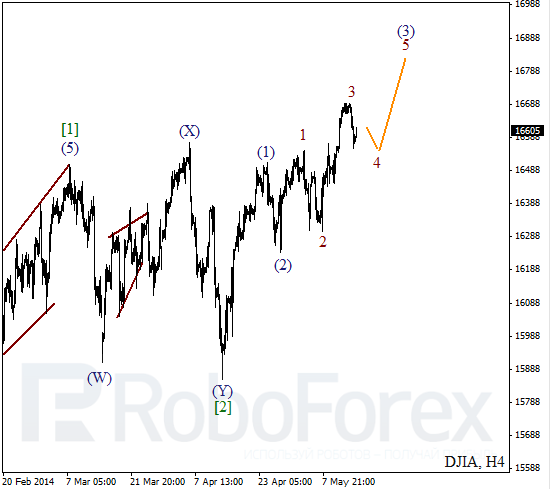 As we can see at the H1 chart, wave [5] of 3 turned out to be quite short. Most likely, during the next several days price may continue moving inside flat pattern, that’s why right now I’m staying out of the market. Critical level here is maximum of wave 1. 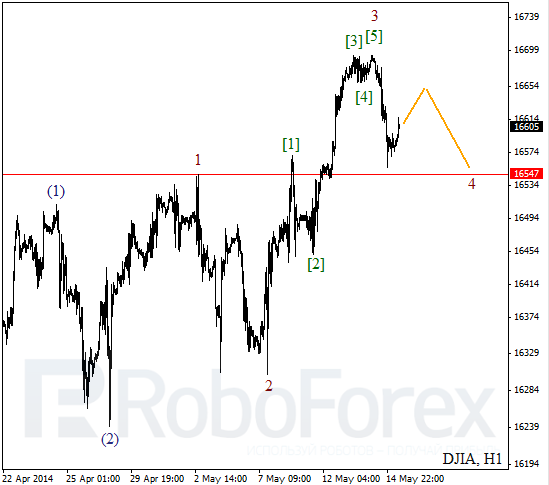 Probably, Oil finished wave [2]. Earlier price formed bearish impulse inside the first wave. Possibly, in the nearest future instrument may start falling down inside wave [3] of 3. 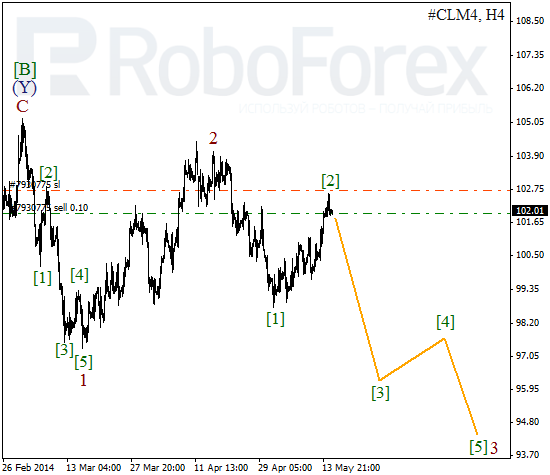 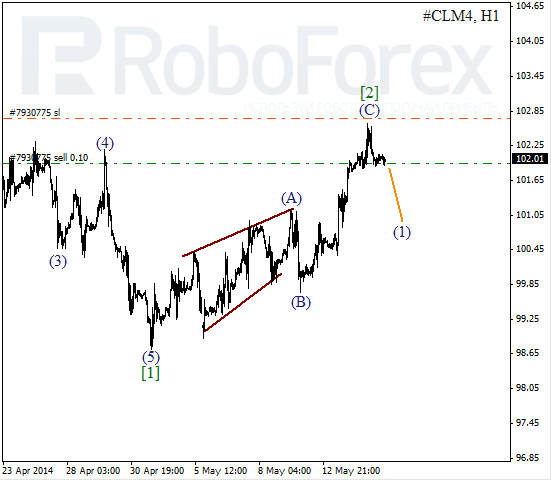