It looks like Index is forming flat pattern inside wave (2). Earlier, price completed wedge pattern inside the first wave. Right now, I’m staying out of the market, but if later instrument starts forming initial ascending impulse inside wave 5 of (3), I’ll start buying. 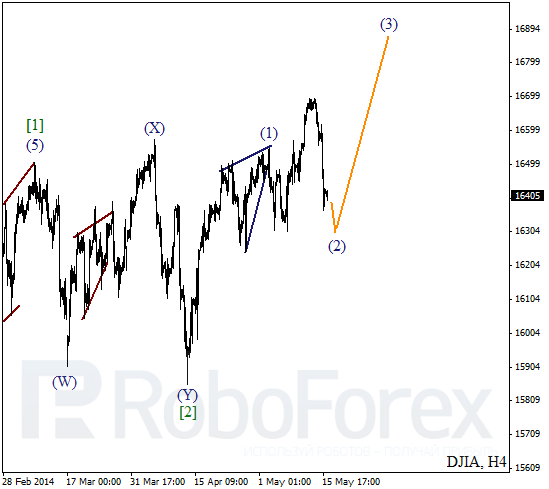 More detailed wave structure is shown on H1 chart. Probably, right now Index is forming bearish impulse inside wave C of (2). During the day, instrument may complete this wave after breaking minimum of wave A. 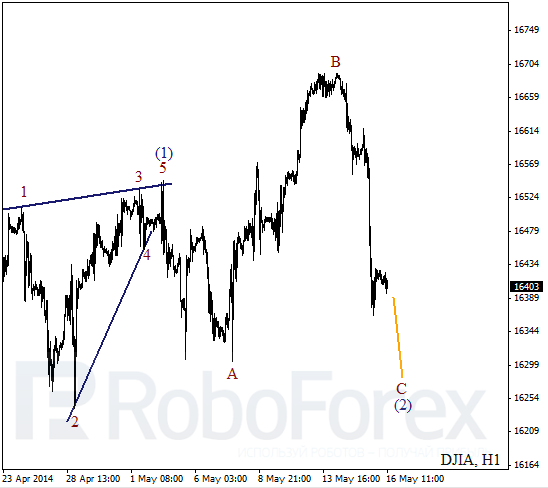 Probably, Oil is starting new descending movement inside wave [3]. Earlier price completed correction inside the second wave. Stop on my sell order is already in the black. In the future, I’m planning to open several more orders during local corrections. 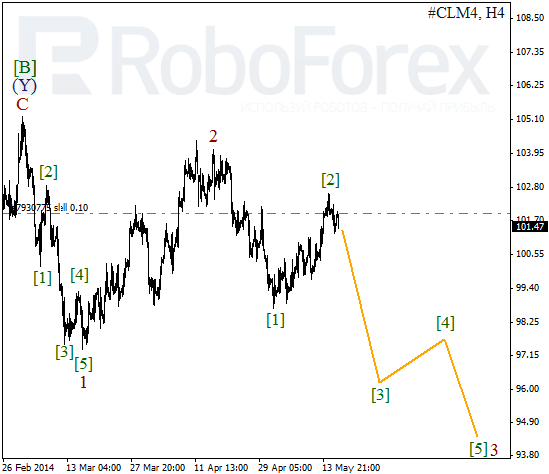 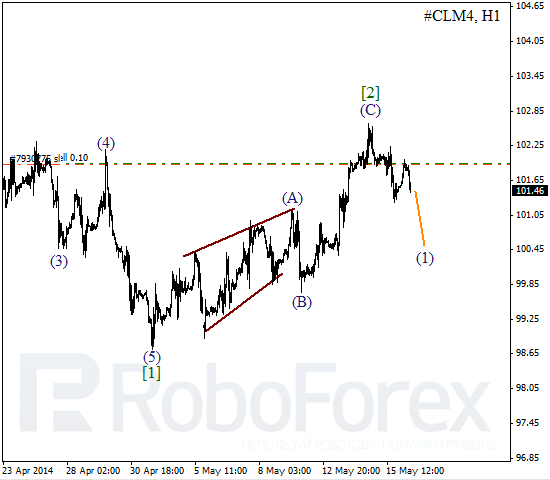