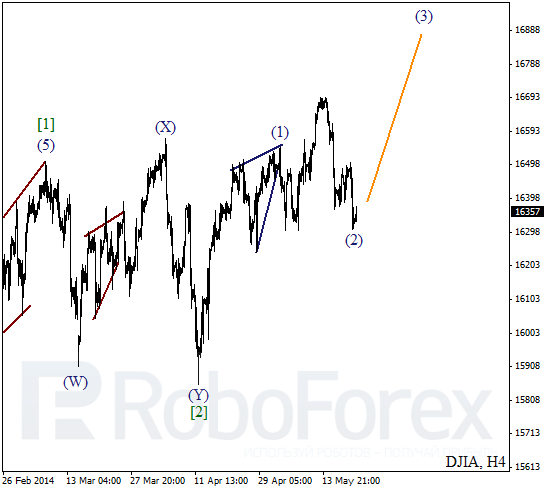 As we can see at the H1 chart, yesterday Index finished descending impulse inside wave C of (2). On minor wave level, price is starting to form initial ascending impulse 1. Later, during local correction, I’m planning to start buying. 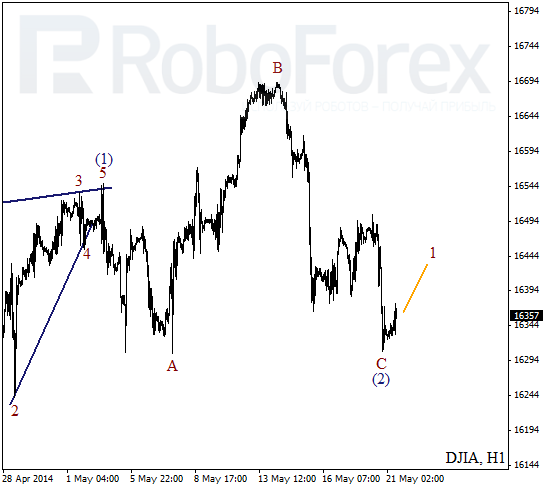 It looks like Oil is forming zigzag pattern inside wave 2. On minor wave level, price is about to finish wave [C]. In the future, price is expected to reverse and start falling down inside initial wave [1]. 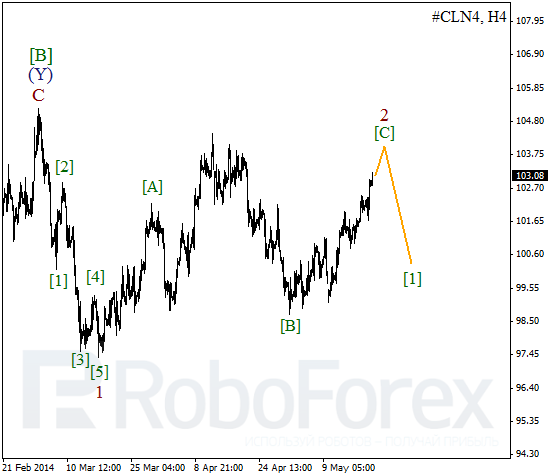 More detailed wave structure is shown on H1 chart. Probably, price is forming extension pattern inside wave (3). On minor wave level, Oil finished the third wave. Later instrument is expected to complete the fourth wave and start growing up inside the fifth one. 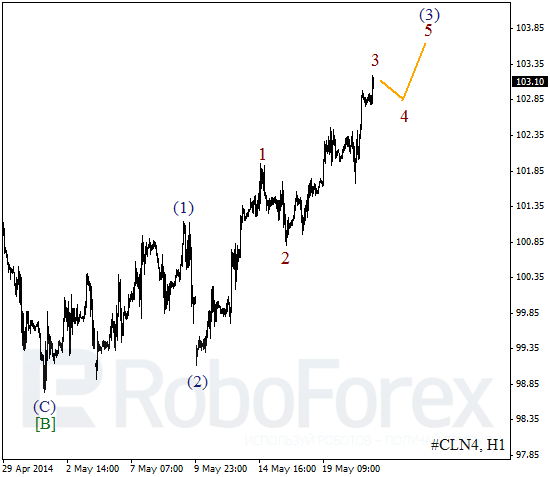