The Index started growing up again inside the fifth wave, just as we expected. On the minor wave level, the instrument is finishing an initial bullish impulse. During a local correction, I’m planning to open one more buy order. 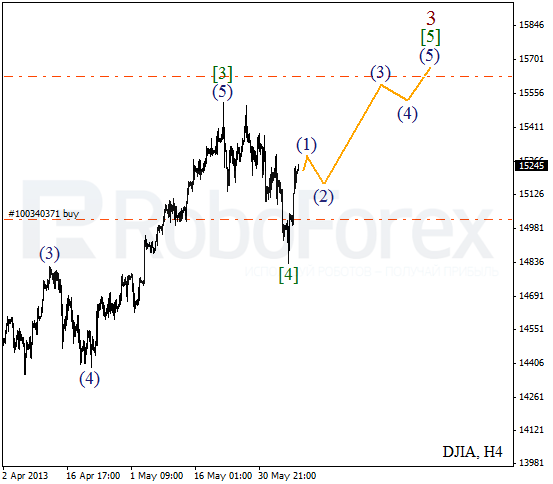 More detailed wave structure is shown on the H1 chart. Wave [4] took the form of zigzag pattern. At the moment, the Index is completing the fifth wave inside wave (1) and may start a new correction during Monday. 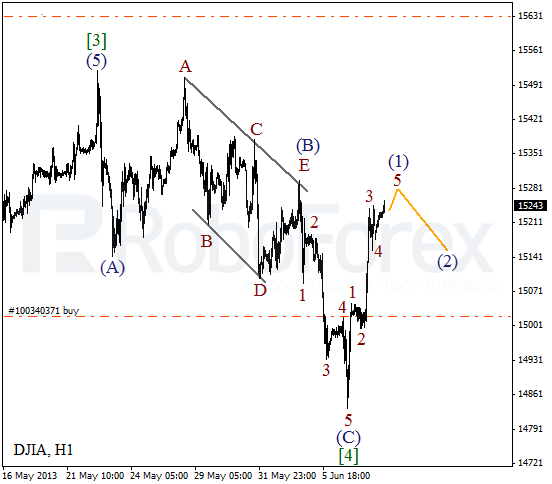 After completing zigzag pattern inside wave 2, Oil started moving upwards again. Last Friday the market formed wave [2] and started growing up inside the third one. There is a possibility that the instrument may break the latest maximum during the next several days. 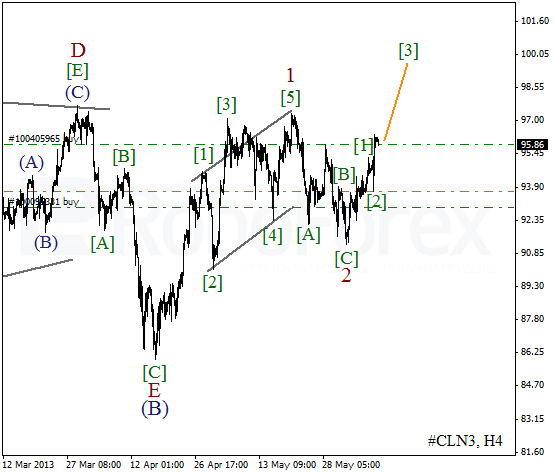 As we can see at the H1 chart, the price formed two initial impulses in a row. At the end of wave (2) I opened the second buy order. As soon as the market starts moving upwards, I’ll move the stops below the minim of a local correction. 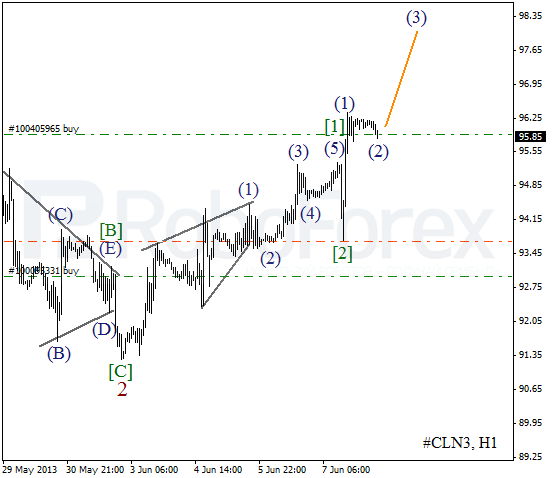