The pair continued growing up during the market opening and right now is forming wave [4]. On the minor wave level the price is finishing wave (A), that’s why in the nearest future we can expect the correction. After that the market may move upwards while forming wave (C) of [4], but the price won’t probably grow up too high. 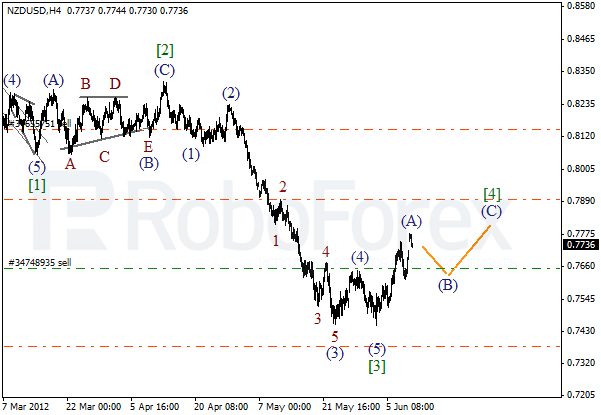 As we can see at the H1 chart, wave [4] is taking the form of zigzag pattern. The price has completed an impulse, almost a classical one, inside wave (A). The pair may start the local correction, that is wave (B), in the nearest future. 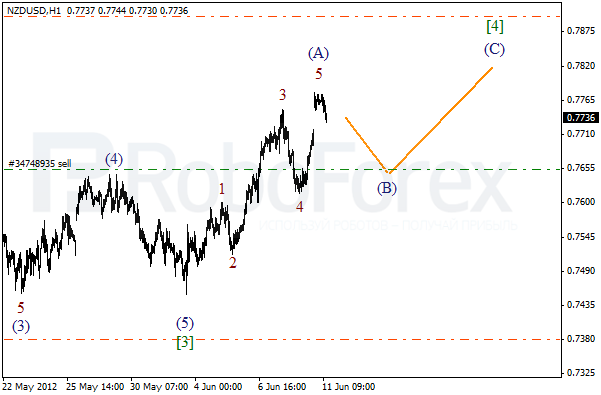 At the H4 chart the price has formed divergent wedge pattern inside wave (4). This pattern is quite rare, so I wouldn’t risk and buy Euro hoping that the price may grow up in wave C. The forecast of the price movement is still bearish. The target for the next several days is at the level of 1.2000. 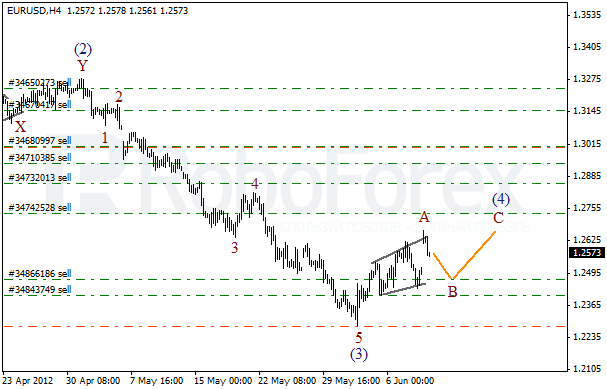 More detailed structure of wedge pattern in wave A is shown on the H1 chart. It looks like the price is going to start the local correction in wave B in the nearest future. After that we can expect Euro to move upwards for a while in wave C of (4). 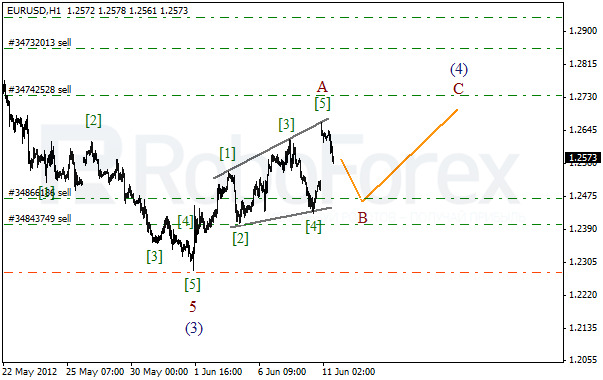