It looks like the Index completed zigzag pattern inside wave [4]. On the minor wave level, the price is forming an initial bullish impulse. Later, after finishing a local correction, the instrument is expected to form an extension inside the third wave. 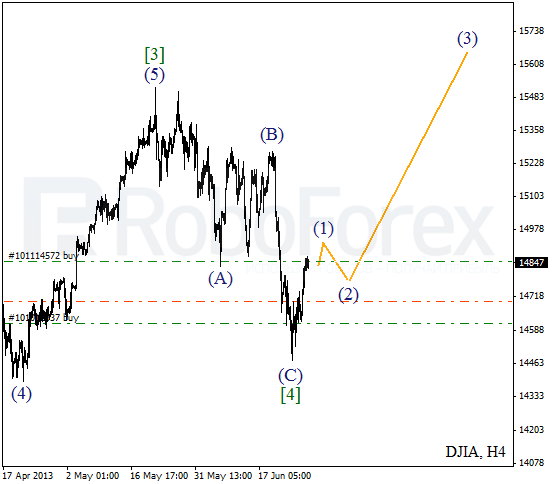 At the H1 chart we can see, that the price completed a descending impulse inside wave (C). Right now, the Index is finishing the fourth wave inside wave 1. There is a possibility that during the day the instrument may break the latest maximum while forming wave 5 of (1). 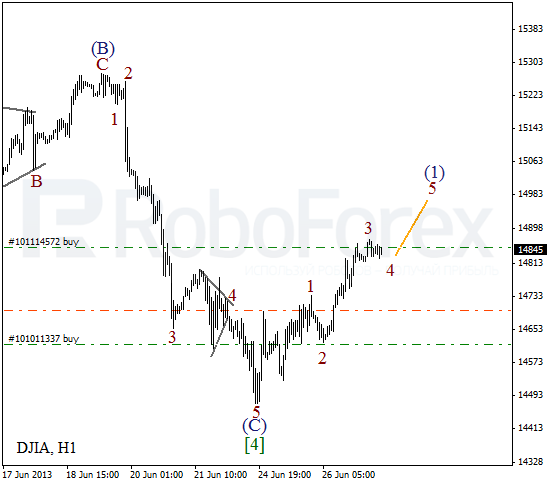 After completing wave D, Oil formed a descending impulse inside wave [A]. Right now, the instrument is being corrected. However, the price may finish wave [B] in the nearest future and then start a new descending movement. 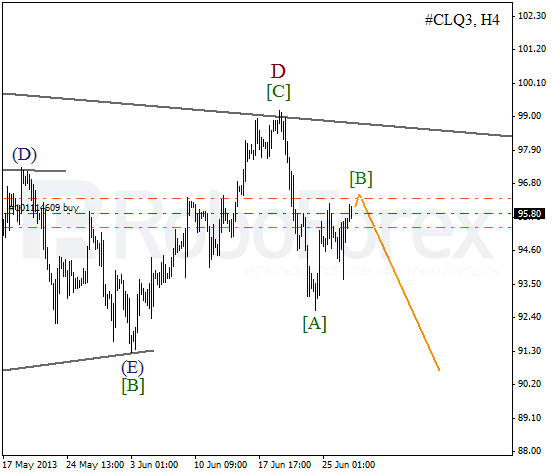 More detailed wave structure is shown on the H1 chart. It looks like wave [B] is taking the form of zigzag pattern. On the minor wave level, the price is completing wave (C). During a correction, I opened a short-term buy order, but I think it will soon be the time to start selling. 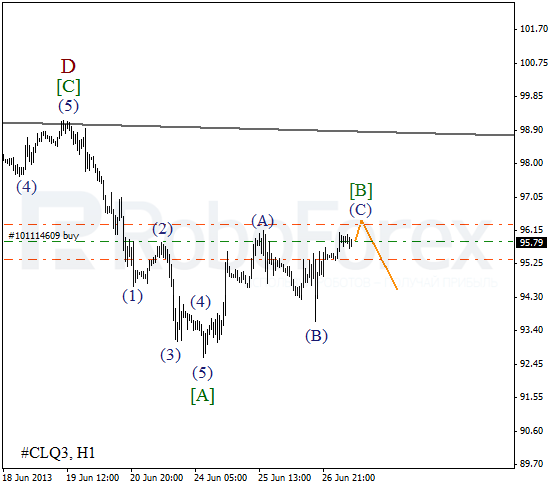