After completing zigzag pattern inside wave [4], the Index formed an initial ascending impulse. We can’t exclude a possibility that in the nearest future the price may start a correction. Later the instrument is expected to start a new ascending movement inside wave (3). 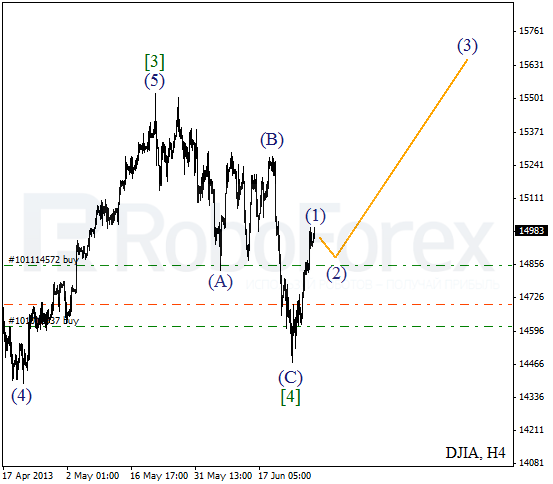 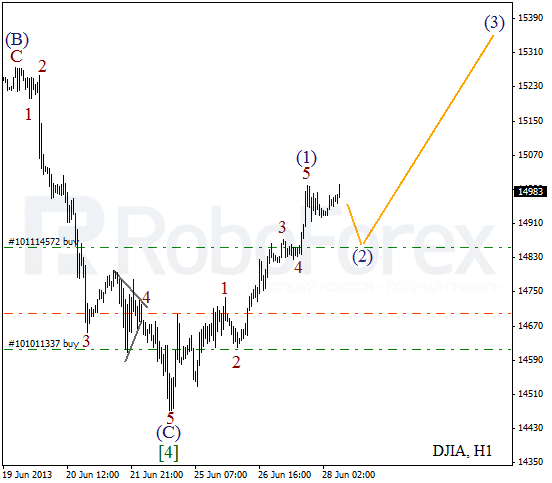 Oil is still being corrected. After the price finished wave [B], I’ve opened a sell order with the stop above the maximum. I’m planning to increase my short position as soon as the instrument forms an initial descending impulse. 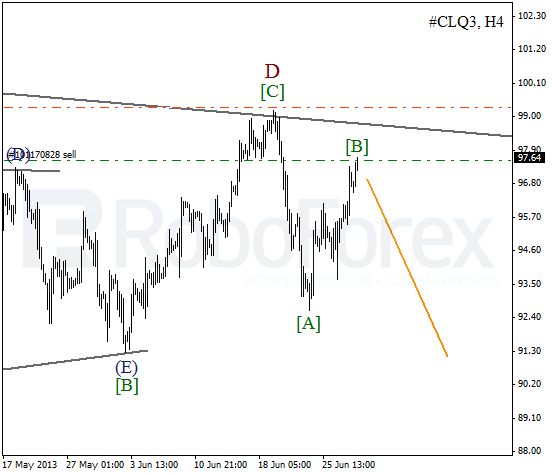 More detailed wave structure is shown on the H1 chart. It looks like the price is finishing zigzag pattern inside wave [B]. On the minor wave level, the price is completing an impulse inside wave (C). The main forecast is still bearish. 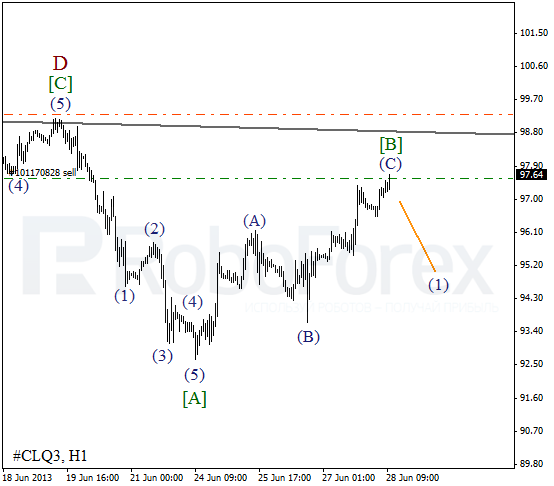