Yesterday the Index reached a new historic maximum. However, the current structure of wave (3) implies that the price may continue moving upwards. This is why I’m keeping my buy order and expecting the instrument to reach new maximums again. 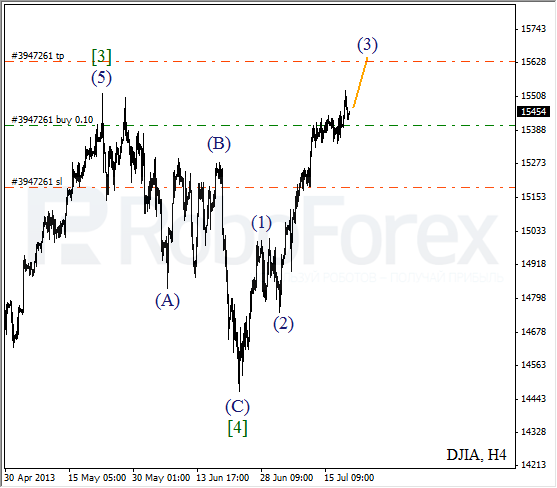 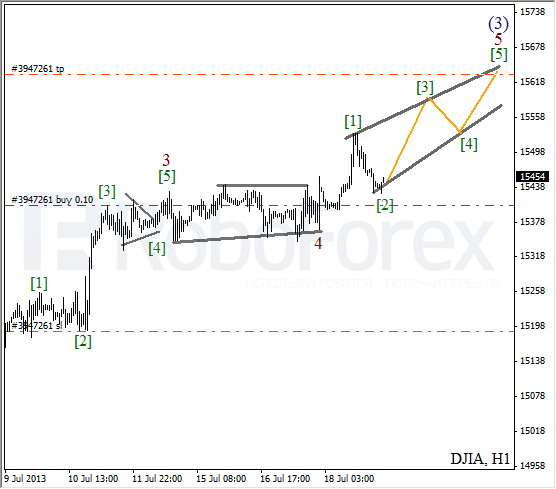 Oil also reached a new maximum yesterday. Before that, the price had completed triangle pattern inside wave (4). There is a possibility that the instrument may start a new ascending movement quite soon, that’s why I opened a short-term buy order during a local correction. 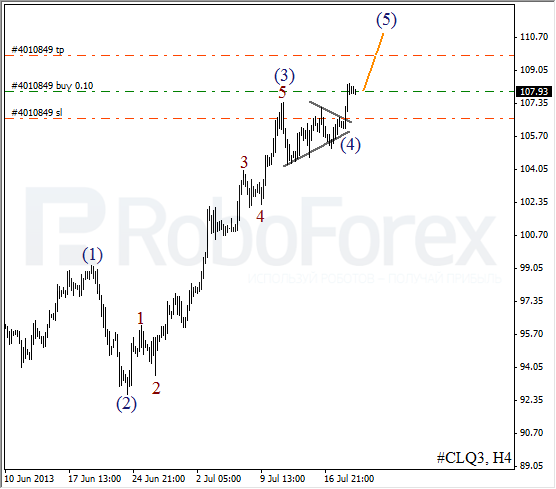 As we can see at the H1 chart, after completing triangle pattern inside wave (4), the price formed an initial bullish impulse. After a local correction, the price is expected to continue moving upwards inside wave 3. 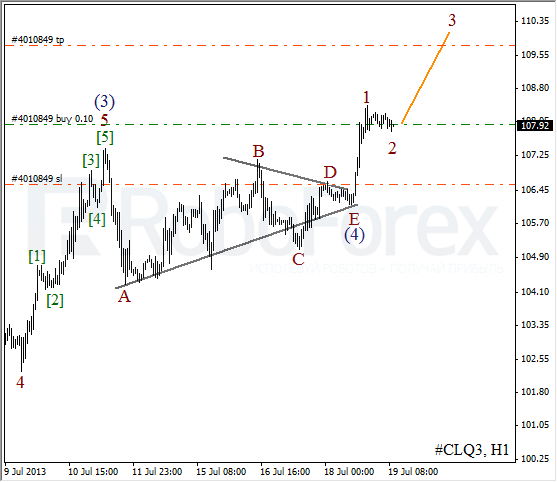