A strong descending movement forced us to regroup the lines. We may assume that wave 5 of (3) is being formed. Earlier, wave 3 was completed as an extended pattern. The forecast of price movement is shown on the chart. We can expect down-trend to continue during the next several days. 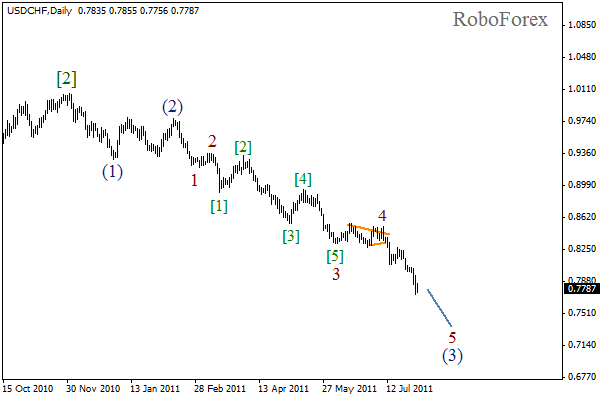 At the H1 chart after horizontal triangle pattern has been completed, impulse in wave 5 is being formed. On the minor wave level we can see the formation of the fourth wave. In the near term, we can expect the local correction to be finished and wave [5] of 5 to start. 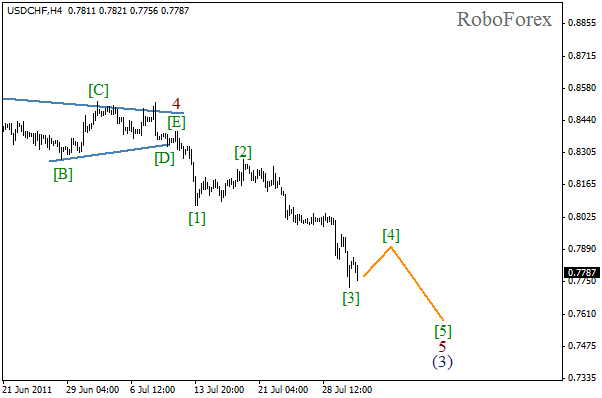 The correction continued yesterday, thus forcing us to change the wave markings. We may assume that initial impulse has been already completed and right now the second wave is being formed. The forecast is still bullish. The price may grow significantly inside the third wave during the next several weeks. 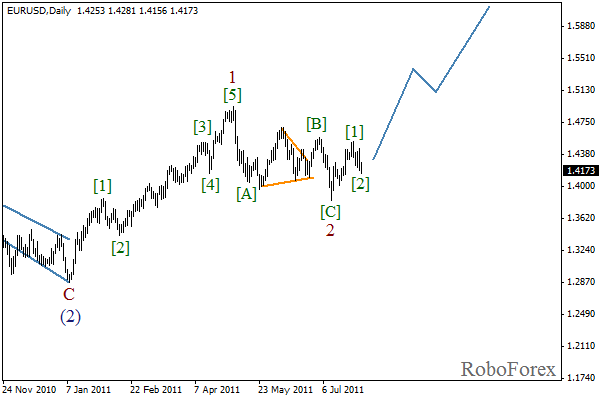 Wave [2] may take the form of a usual zigzag pattern. On the minor wave level we can see the formation of diagonal triangle pattern in wave (C). As we can see on the chart, the correction may be finished and the price will continue growing. 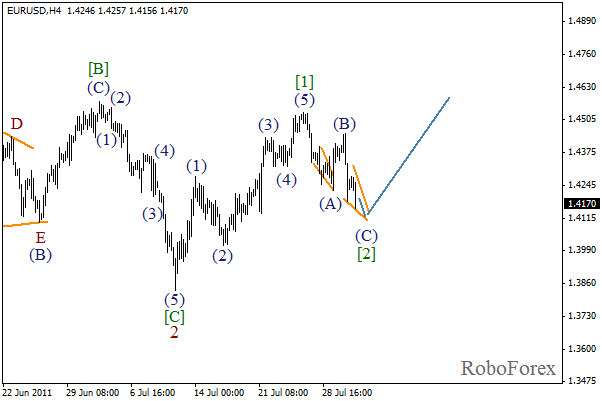