After horizontal triangle pattern in wave (4) has been completed, descending impulse is being formed. We may assume that while wave 5 was being formed, the fourth wave started. The correction may be finished within a couple of days, and after that we can expect the price to continue moving downwards. 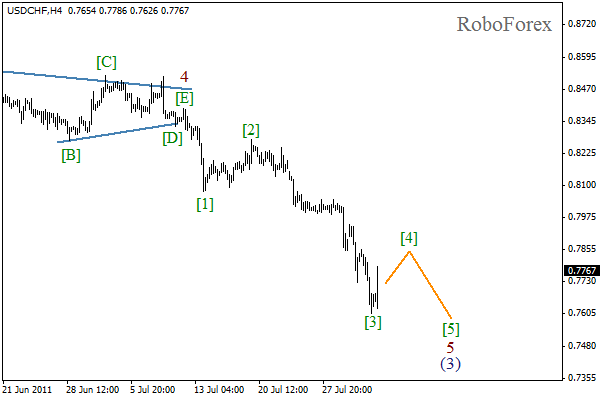 At the H1 chart we can see more detailed markings. The fifth wave inside wave [3] is extended. Wave [4] may take the form of either zigzag pattern, or wave pattern which is more complicated. Most likely, during the next several days the price will move inside a very narrow channel. 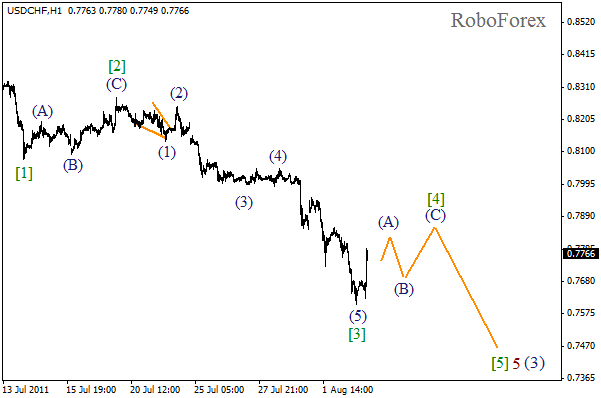 It looks like wave [2] was completed and took the form of zigzag pattern. The structure of this pattern is unique and quite rare – it starts with a wedge and finished with a diagonal triangle that was broken upwards by a strong price movement. During the next several days the market will be bullish, the price will reach the level of 1.5000. 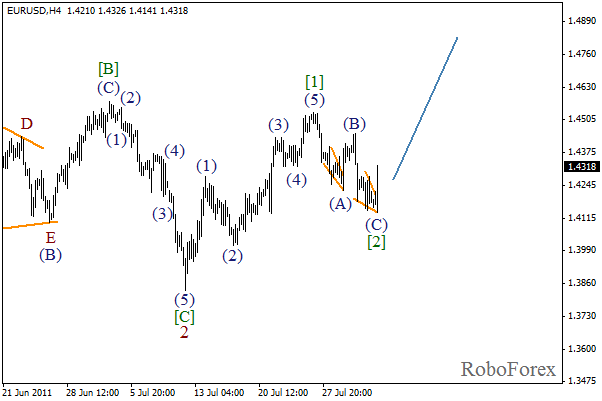 At the H1 chart we can see more detailed marking of the second wave which has been already finished. After diagonal triangle inside wave (C) has been completed, initial impulse is being formed. The price may grow during the day. 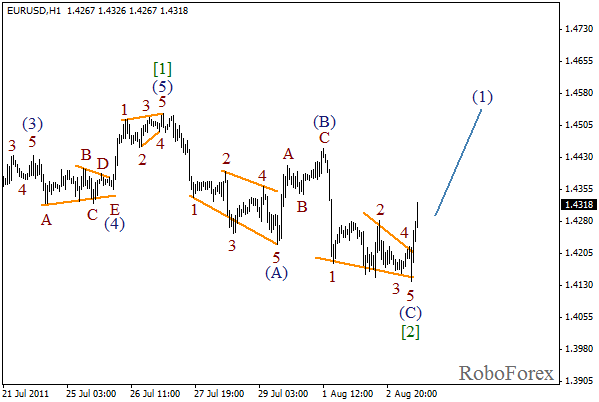