The Index is not in a hurry to make a reverse; yesterday the bears tried to break a local minimum, but failed. That’s why we can’t exclude a possibility that right now the price is forming horizontal triangle pattern inside wave (4). In this case, the instrument is expected to form flat pattern during the next several weeks. 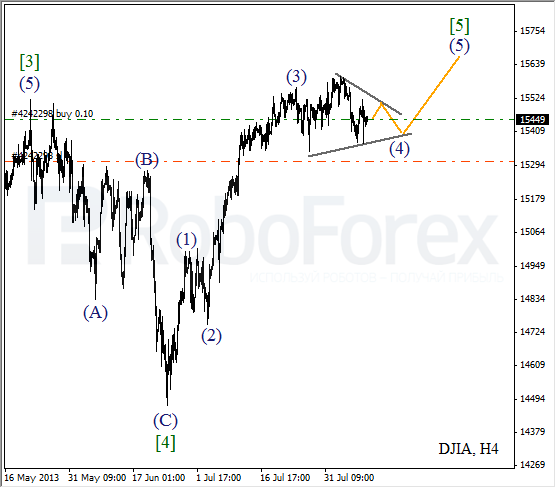 As we can see at the H1 chart, the price formed wave C inside triangle pattern. Most likely, the Index will grow up inside wave D during Friday. During a local correction, I opened a short-term buy order. 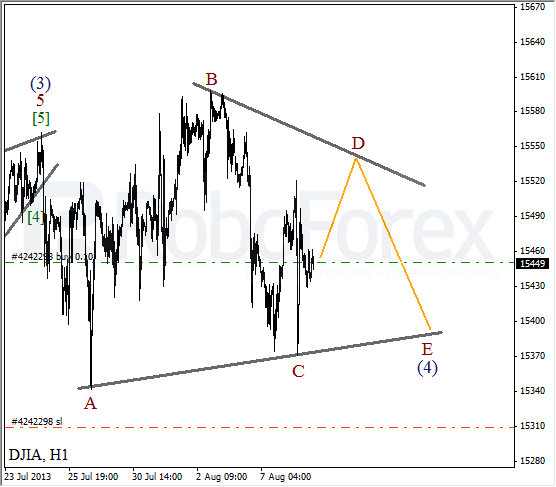 Yesterday’s ascending movement may be the start of the fifth wave. During a correction, I opened a buy order; I’ll move the stop into the black as soon as the market starts moving upwards. After the price starts growing up inside the fifth wave, I’ll increase my position. 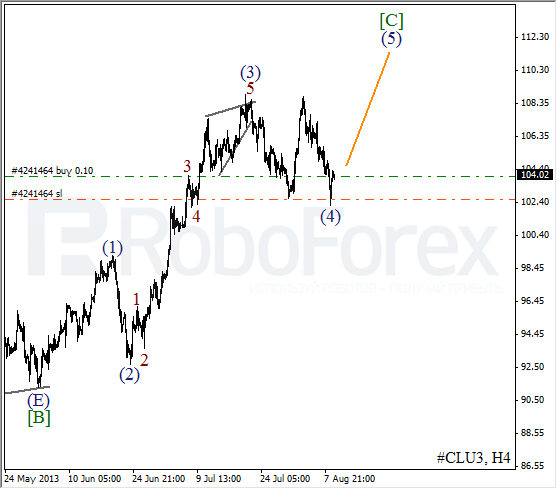 More detailed wave structure is shown on the H1 chart. We can’t exclude a possibility that the fourth wave took the form of flat pattern. On the minor wave level, the price completed an initial ascending impulse. After finishing a local correction, the instrument is expected to continue moving upwards. 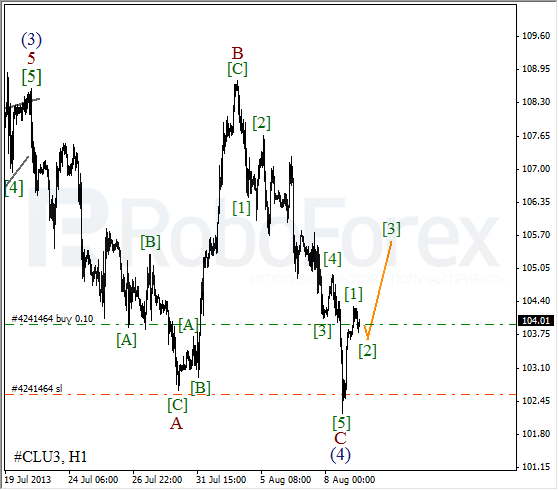