It looks like the Index completed its correction and started a new ascending movement inside the fifth wave. We can’t exclude a possibility that the market may break the historic maximum during this week. I’ve got only one buy order so far, but as the price continues forming a bullish impulse, I’m planning to add more in the future. 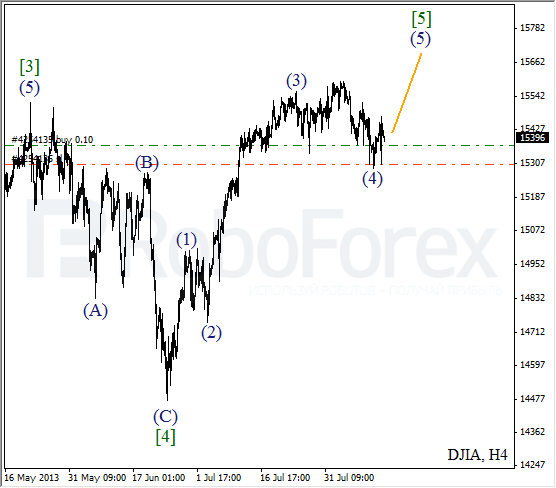 As we can see at the H1 chart, wave (4) was completed in the form of double three pattern. On the minor wave level, the price is forming wedge pattern inside wave 1. During the day, the instrument is expected to start forming another bullish wave. 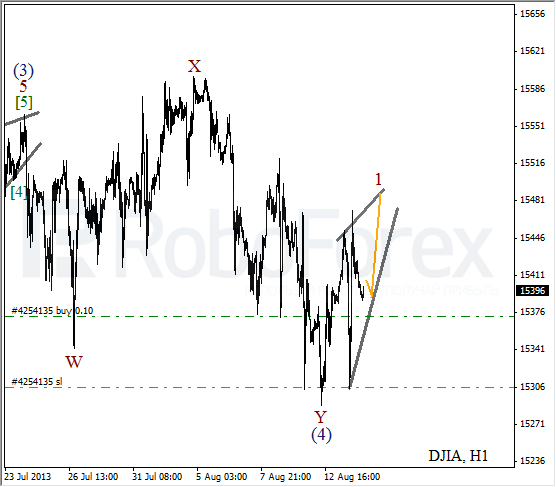 Flat pattern, formed over the last several days, turned out to be the fourth wave; Oil is moving upwards inside wave (5) of [C]. Right now, the market is consolidating, but may start a new ascending movement during the next several hours. 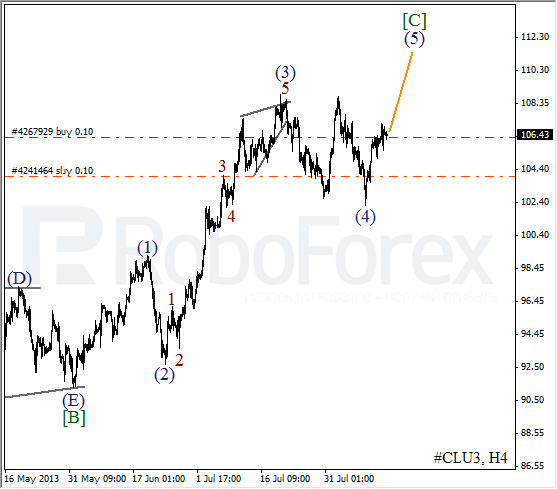 More detailed wave structure is shown on the H1 chart. Wave (4) was finished in the form of zigzag pattern. On the minor wave level, the price completed an initial impulse inside wave 1 and a local correction inside the second one. Later, the instrument is expected to continue moving upwards inside wave 3 of (5). 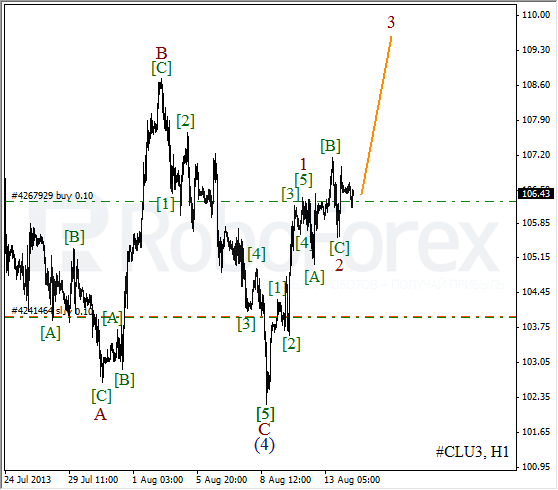