The price may continue rising inside the fourth wave, but not for a long time. We may assume that diagonal triangle pattern has been completed in wave B. The price may grow a bit during Friday, and then, next week, we can expect the formation of initial downward wave. 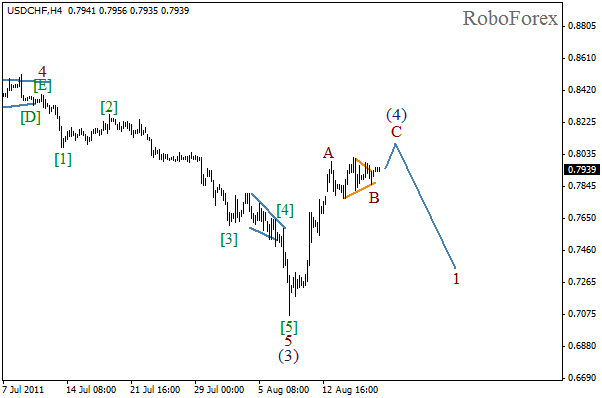 At the H1 chart we can see more detailed wave markings. We may assume that the price has left the triangle and formed initial rising impulse. The short term forecast of the price movement is shown on the chart. Most likely, the price will reach new maximum during the day. 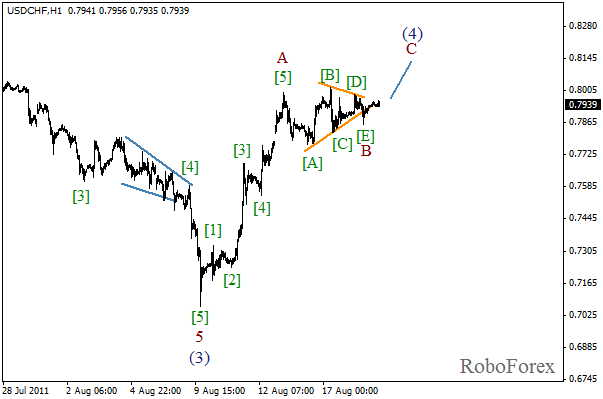 After the formation of initial rising impulse, the correction started. We may assume that wave (2) has been already completed and we can expect the start of the “rally phase” of the third wave. The target is still at the level of 1.5000. 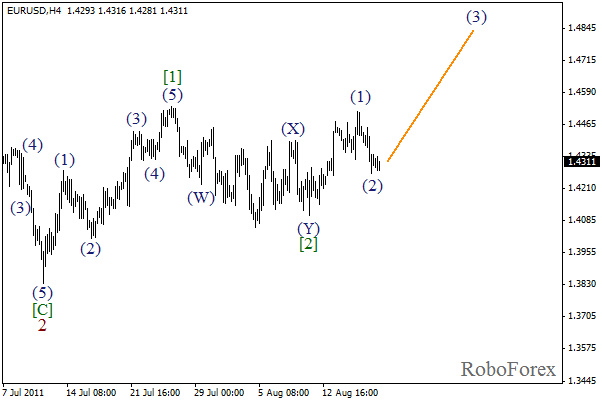 If we look at the H1 chart we may assume that wave 1 started, with the second wave being formed inside it. We can expect this impulse to continue during Friday. The market will not be able to reach maximum until the next week. 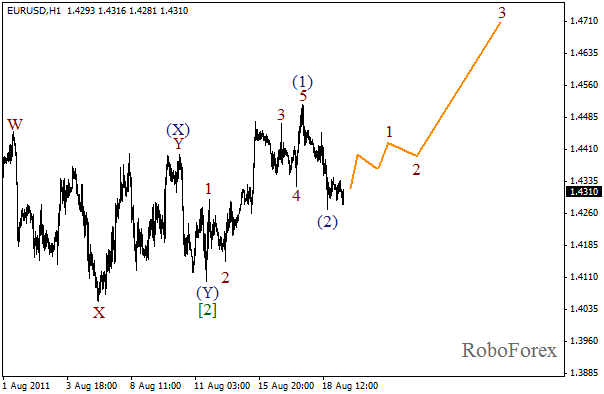