After completing zigzag pattern inside wave 2, the market started moving downwards. The price has finished an initial impulse inside wave (1). It looks like wave (2) has also been completed and right now the pair is starting to form the third wave. During the local correction I opened a sell order with the stop placed above local maximum. 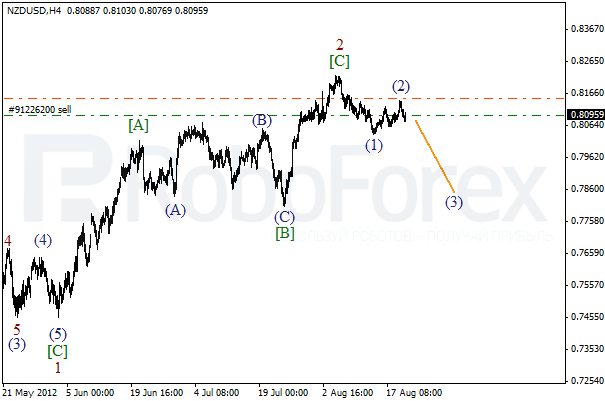 As we can see at the H1 chart, the price has formed wave (2) in the form of zigzag pattern. On the minor wave level the pair has completed an initial wave 1. During the day we can expect the price to start falling down inside wave 3 of (3). 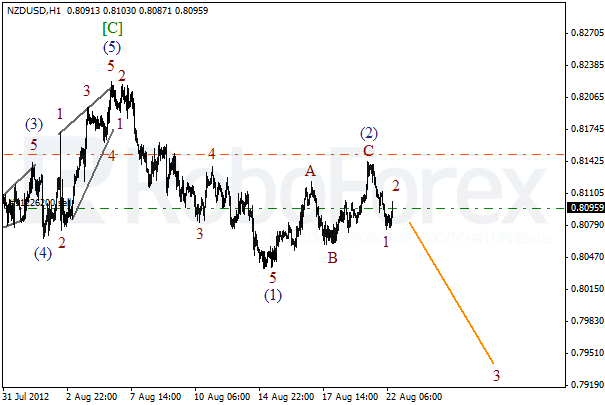 Well, it turned out that wave [4] has not been completed yet. The correction is taking the form of zigzag pattern with a very complicated wave (B), which has been finished in the form of double three pattern with triangle inside wave Y.  In the near term, the price may continue moving upwards for a while, but later we can expect it to start falling down and form wave [5] of 3. 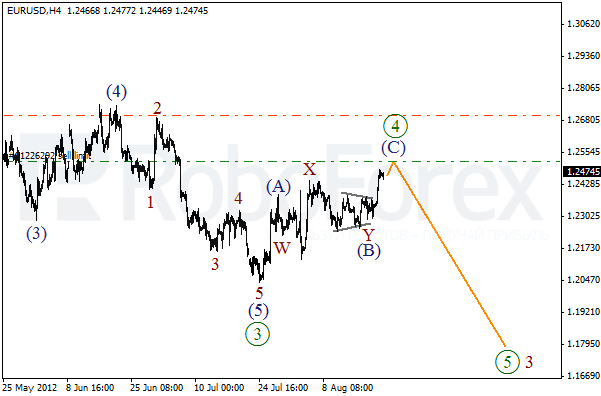 More detailed wave structure is shown on the H1 chart. We may assume that the price is forming an impulse inside wave (C) of [5]. On the minor wave level Euro is starting to form the fifth wave. We can expect the pair to break local maximum during the day. 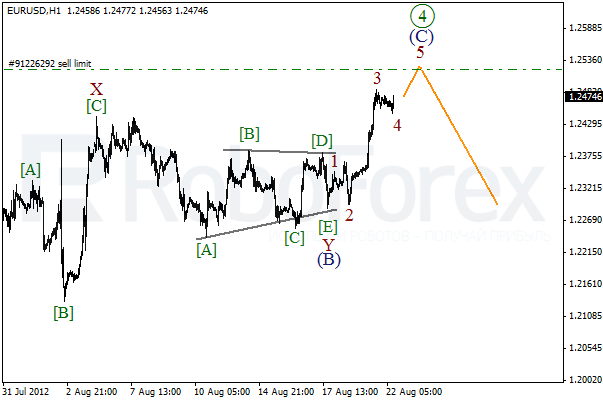