The Index continues forming a descending impulse inside wave [A]. On the minor wave level, the market started the fourth wave. Later the instrument is expected to start a new descending movement inside the fifth wave. 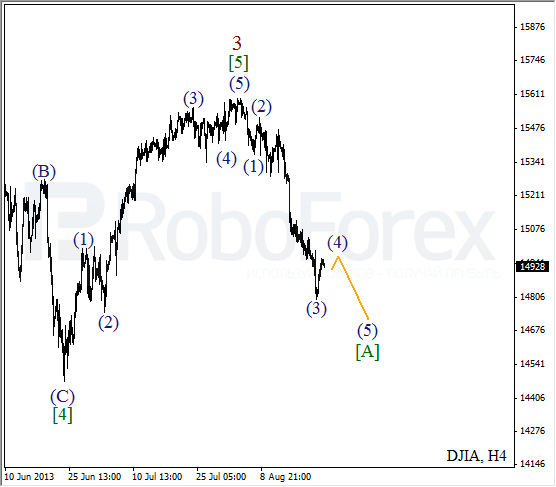 More detailed wave structure is shown on the H1 chart. Earlier the price completed a bearish impulse inside wave (3) and started moving upwards inside wave (4). Most likely, on the minor wave level the instrument will continue growing up for a while inside wave C of (4), but later it is expected to start falling down again inside the third one. 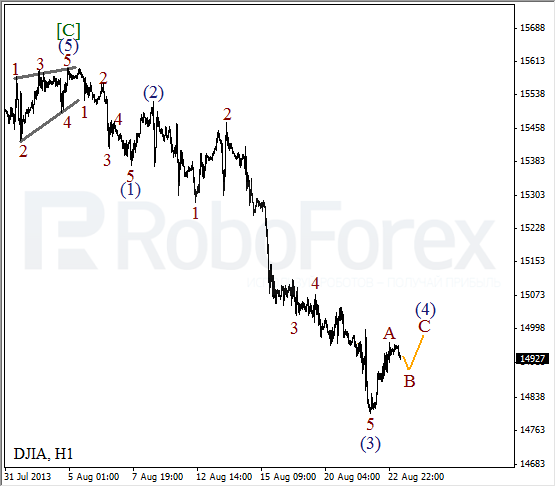 We may assume that Oil is starting a new ascending movement inside wave 3 of (5). Earlier the price completed the second wave. The target for the next several weeks is at the level of $110 per barrel of Light Sweet. 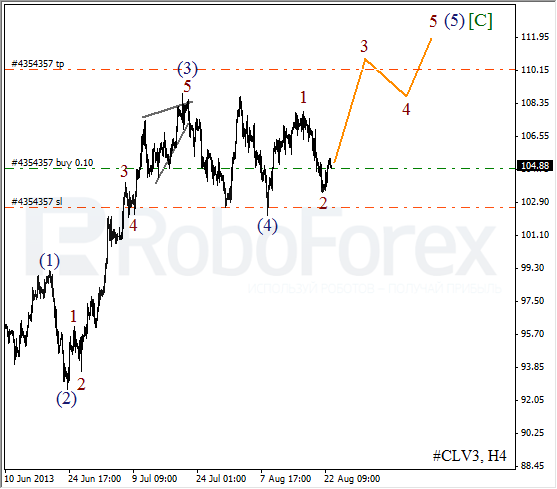 As we can see at the H1 chart, wave 2 was completed in the form of zigzag pattern. Right now, Oil is forming an initial ascending impulse inside wave [1]. After a slight correction, the price is expected to start moving upwards inside the third wave. 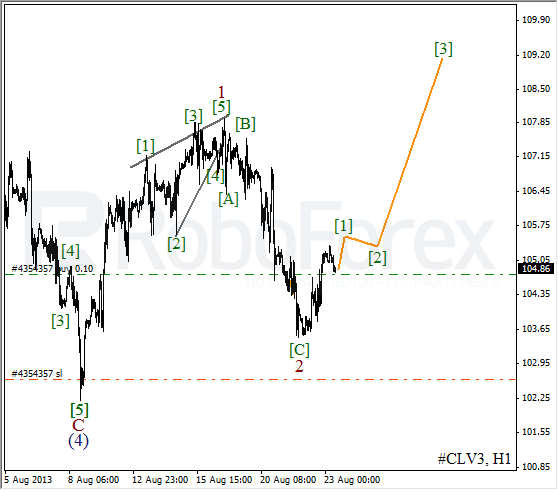