We may assume that horizontal triangle pattern in wave B of (4) has been completed. The price may reach a new maximum while forming wave C within the next several days. After that we can expect the formation of an initial bearish wave and the continuation of the descending trend. 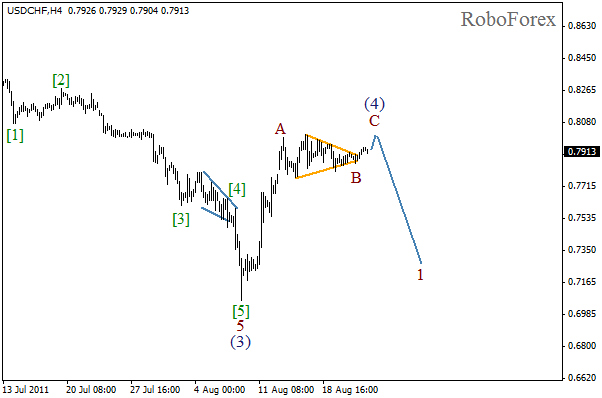 More detailed wave markings are shown on the H1 chart. The price has broken the triangle’s upper border, thus indicating the start of wave C of (4). In the near term, the price may continue growing, however, the main forecast on the pair is still bearish. 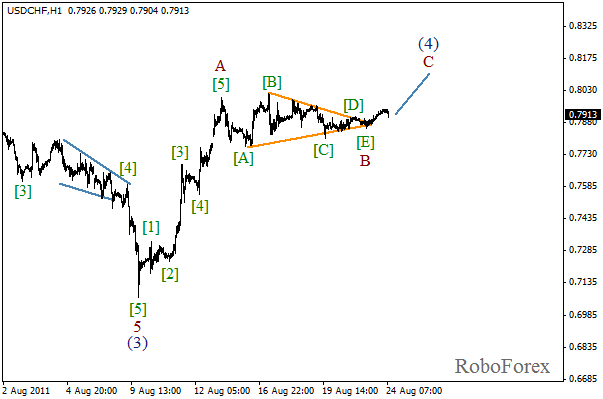 A prolonged flat pattern at the daily chart makes us think about wave markings once again. It looks like wave 2 has taken the form of double three pattern. On the minor wave level wave [X] has been completed in the form of flat pattern, and wave [Y] – in the form of horizontal triangle. During the next several days, we can expect the price to start growing in wave [3] after the local correction is finished. 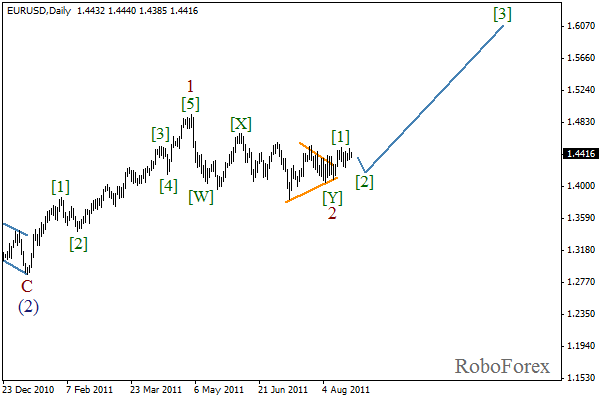 After completing the triangle in wave [Y], the price has formed an initial rising impulse. Currently we can see the formation of the second wave, which, most likely, will take the form of zigzag pattern. The forecast remains bullish with the first target at the level of 1.5000. 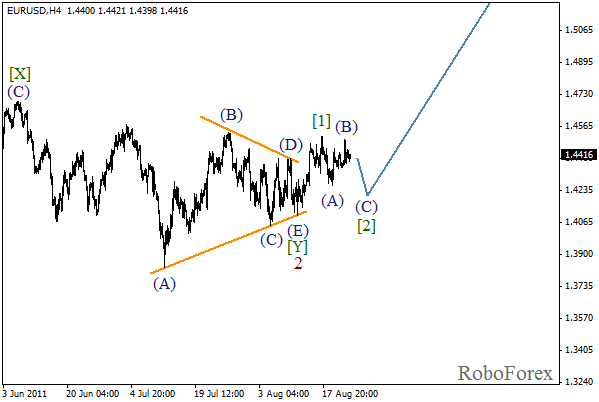