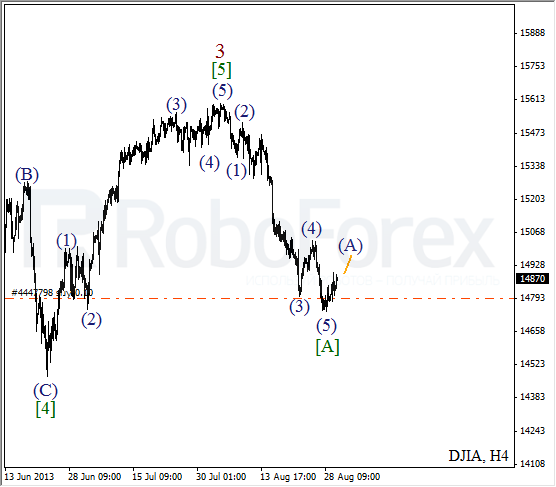 More detailed wave structure is shown on the H1 chart. The Index is extending the third wave inside wave (A). I’ve got only one buy order so far, the stop is already in the black. We can’t exclude a possibility that the price may reach new maximums during the day. 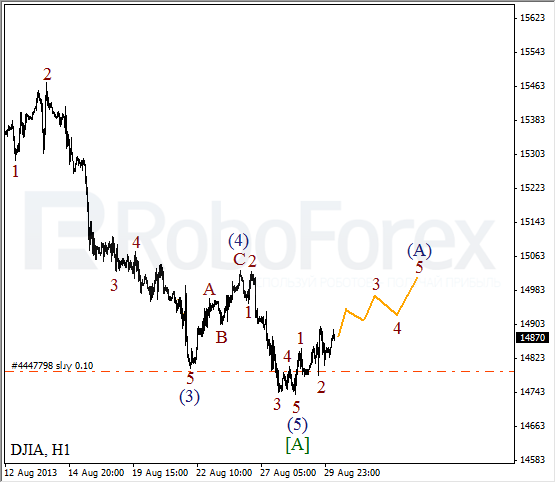 Oil is still being corrected; the market is forming the fourth wave inside wave (5). The price may continue forming wave 4 during the next several days, but later it is expected to start a new ascending movement inside the fifth one. 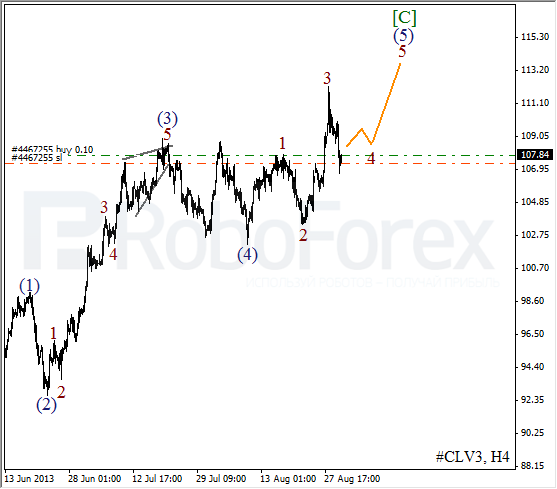 Yesterday, while forming wave 4, Oil broke the maximum of the first wave. However, according to the rules, it’s important that wave 4 shouldn’t be completed higher that the maximum of wave 1. That’s why it’s quite logical to expect the the price to form a correction in the form of horizontal triangle pattern. 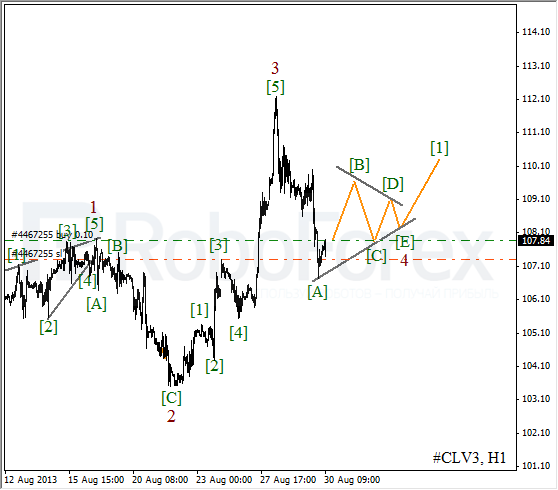