The market still hasn’t finished the formation of zigzag pattern in wave (4). We may assume that wave C in wave (4) needs one last step to be completed. After the price reaches a new local maximum, we can expect the start of an initial descending impulse. 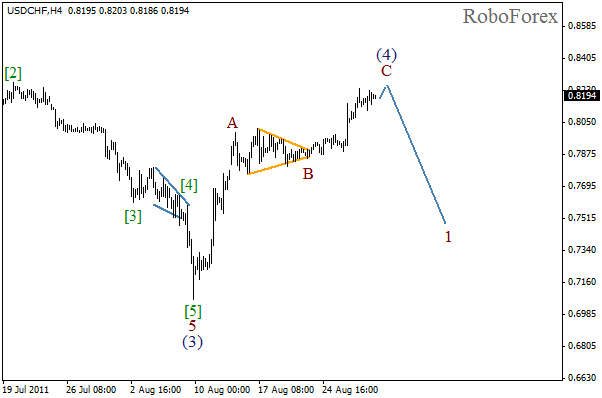 It looks like the price has formed a small triangle in wave [4] of C at the H1 chart. The fifth wave may start during the day. After that we can expect the continuation of the descending trend and the formation of a bearish impulse. 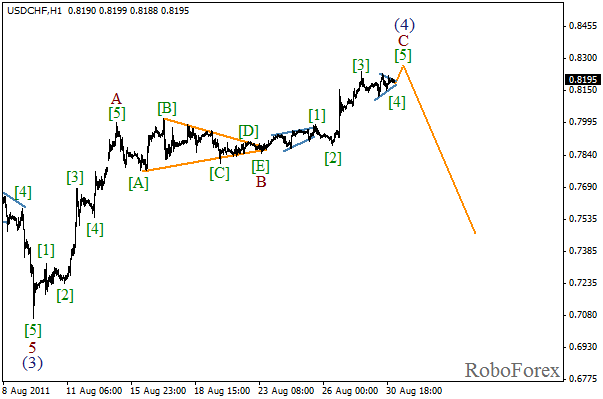 We may assume that the second wave hasn’t been completed yet. It looks like this wave is taking the form of flat pattern with wave (C) being formed inside it. In the near term, we can expect the correction to be finished and the price to start growing inside the third wave. 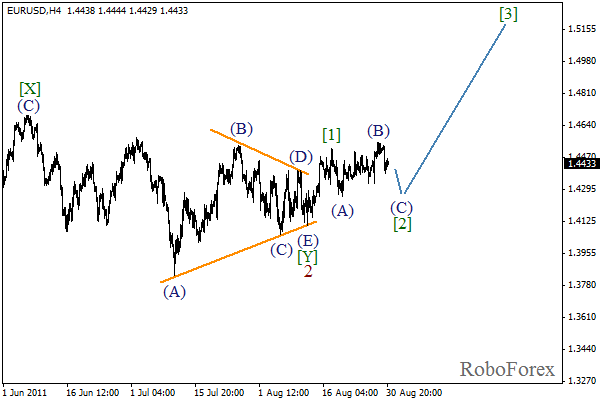 At the H1 chart we can see the formation of an impulse inside wave C. On the minor wave level, the third wave is extending. The forecast of the price movement is shown on the chart. The price may continue falling down during the day and complete the formation of wave C. After that we can expect an initial rising impulse to start. 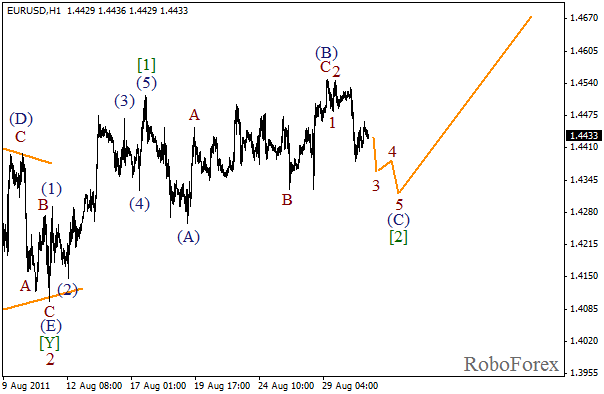