As we can see at the H4 chart, the price has formed two ascending impulses. Wave [1] has taken the form of wedge pattern. On the minor wave level the Index is completing wave (2). In the near term, we can expect the price to start growing up inside wave (3) and then break the local maximum. 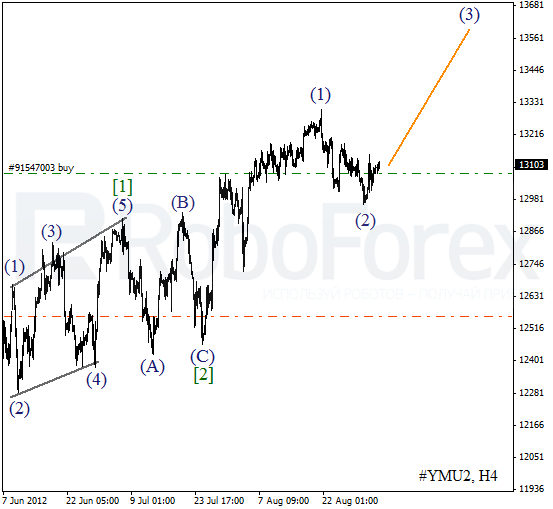 At the H1 chart of DJIA Index we can see that wave (2) has been finished in the form of zigzag pattern, with wave B (triangle pattern) inside it. Currently the price is forming an ascending impulse inside wave 1. The Index may continue moving upwards during Tuesday. 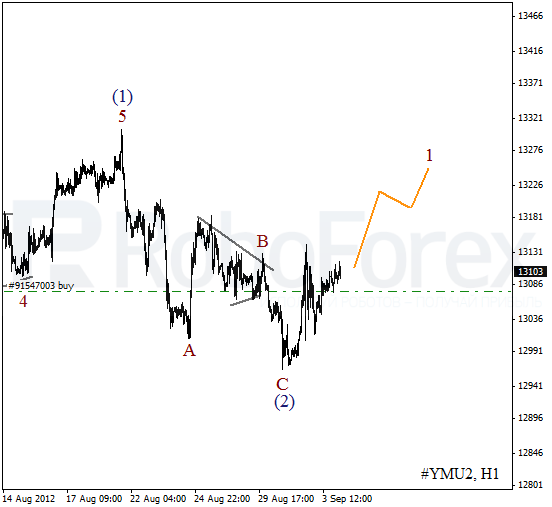 At the H4 chart we can see the structure of an extension inside wave [3]. Yesterday the price finished the fourth wave. On the minor wave level the instrument has completed an initial ascending impulse inside wave (1). After the local correction is finished, the price may continue growing up inside the third wave. 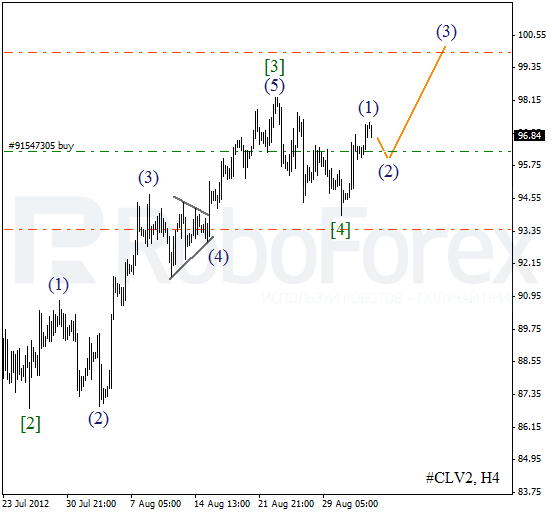 As we can see at the H1 chart, wave [4] was finished in the form of double zigzag pattern and then the price formed an initial ascending impulse. Most likely, the instrument will continue the corrective movement during Tuesday. 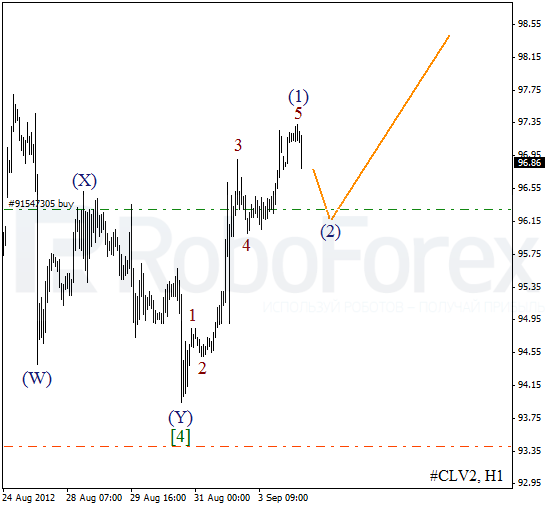