Yesterday Djia Index continued the corrective movement. It looks like the price is forming wave (2) right now. The structure of the second wave implies that it is almost completed, which means that in the nearest future the price may start growing up inside wave (3). 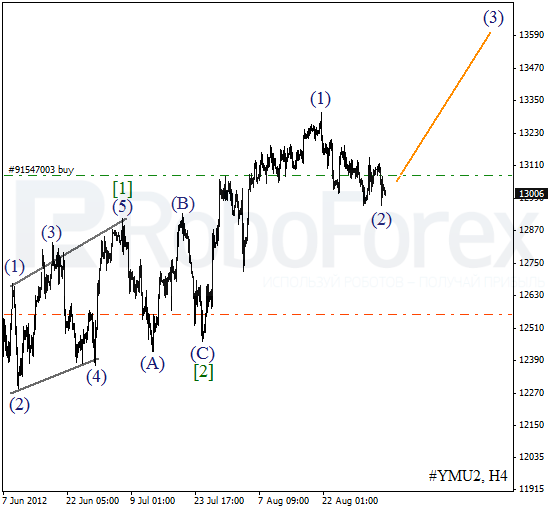 As we can see at the H1 chart, wave (2) is taking the form of zigzag pattern. On the minor wave level the instrument has completed triangle pattern inside wave B. We may assume that at the moment the price is forming an initial ascending impulse. 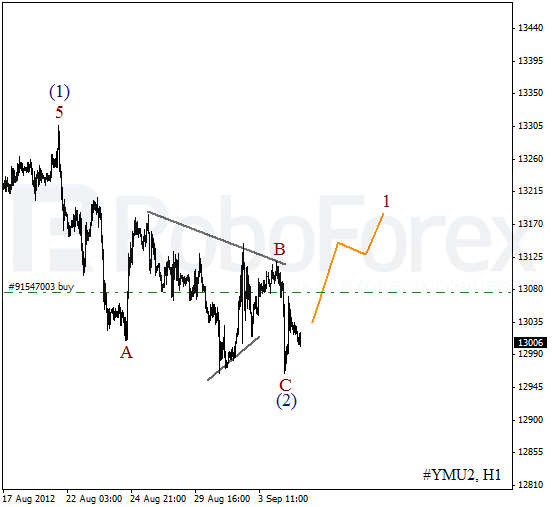 Wave (2) turned out to be not as fast as we expected earlier. We may assume that after finishing the fourth wave, the price has already completed an initial ascending impulse. The critical level at the chart is the maximum of wave (1). The local correction may take place for a while, but later the instrument is expected to start moving upwards inside wave (3). 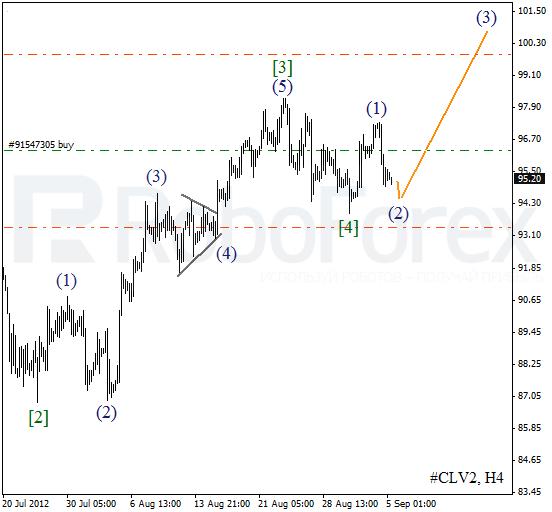 More detailed wave structure is shown on the H1 chart. At the moment the price is most probably forming a descending zigzag pattern inside wave (2). The instrument may fall down inside wave C during Wednesday. 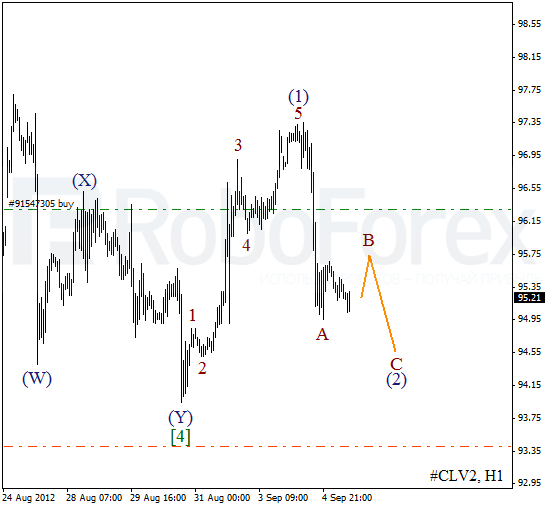