It looks like after an initial descending impulse had been finished, the local correction started. The second wave may continue during the next several days, and then we can expect the price to start growing again.

More detailed structure is shown on the H1 chart. We may assume that wave [B] is being formed inside the second wave right now. We can expect the price to start growing while forming wave [C] of 2 during Wednesday. 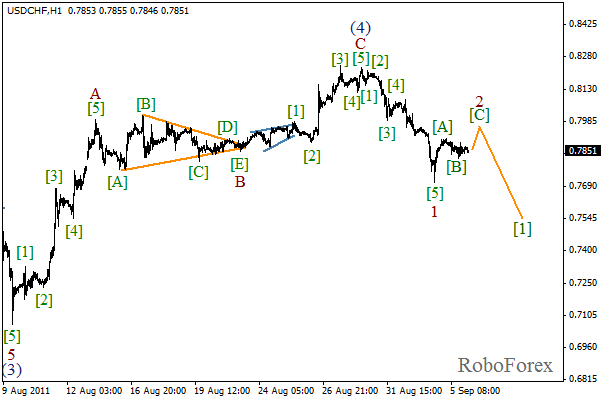 We may assume that the formation of flat pattern continues in the second wave. The fact that the price keeps falling down rapidly in wave (C) makes the structure a bit complicated, however, the forecast hasn’t changed much. In future the price may start growing again. 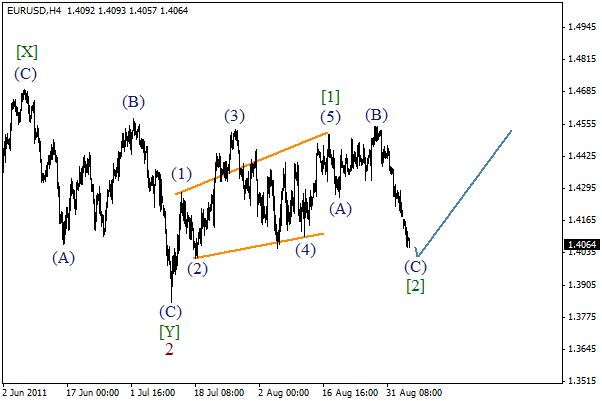 At the H1 chart we can see more detailed structure. We may assume that a descending impulse is being formed at the moment. Most likely, the correction will be finished during this week. The formation of an initial impulse will be the first signal in favor of this scenario. 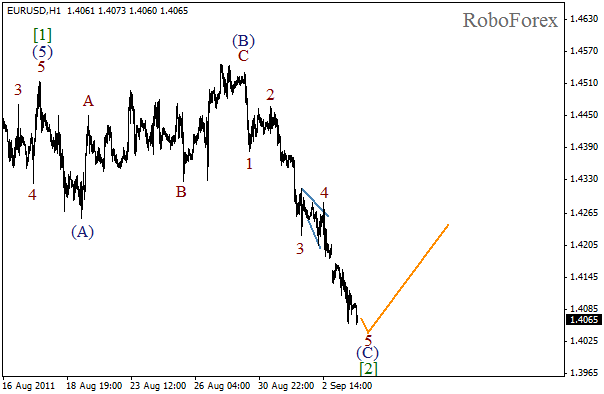