The chart current structure chart implies that the Index completed an ascending zigzag pattern inside wave [B]. Earlier the price formed a bearish impulse inside wave [A]. During the next several hours, the instrument is expected to start falling down inside an initial wave (1). 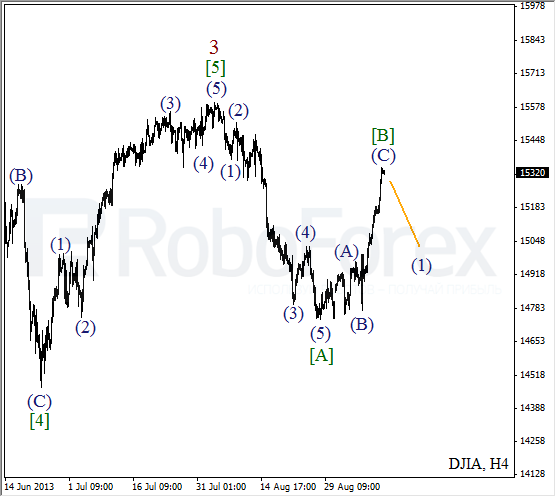 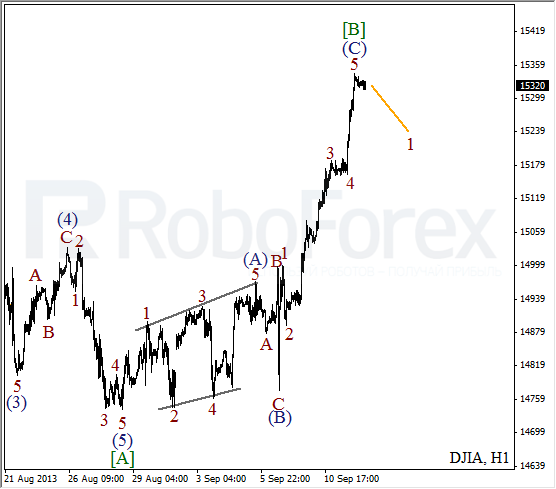 We can’t exclude a possibility that the market finished the second wave inside diagonal triangle pattern. Right now, the market is trying to start a new ascending movement inside wave 3. If the bulls are able to continue pushing the price upwards, I’ll increase my long position.

As we can see at the H1 chart, the price formed zigzag pattern inside wave 2. On the minor wave level, the instrument completed a short initial ascending impulse. I’ll move the stop into the black as soon as the price breaks a local maximum. 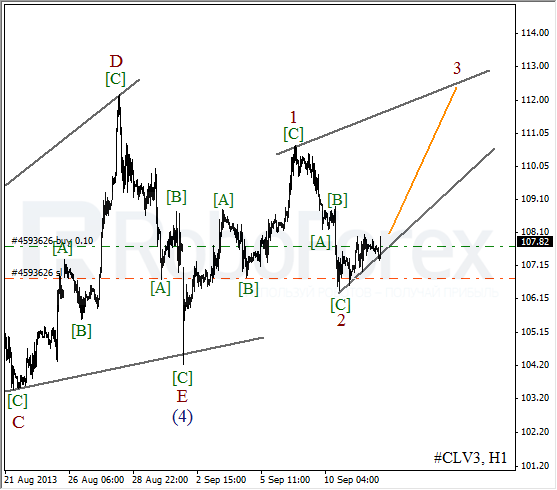