The Index continues growing up inside wave (3); yesterday the bulls reached a new maximum. However, the current trend is becoming a bit weaker, which means that the price may start a new, deeper correction quite soon. 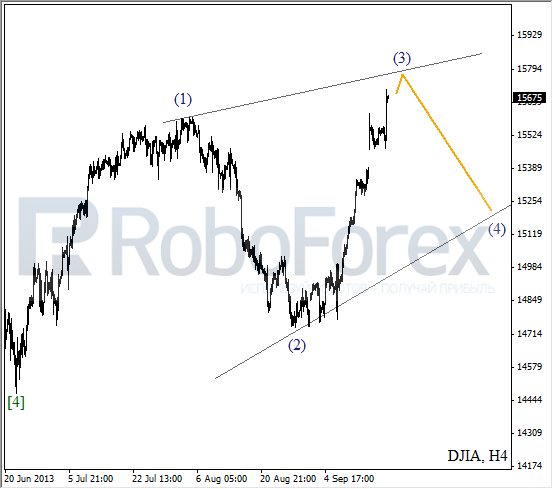 More detailed wave structure is shown on the H1 chart. On Wednesday, the Index completed the fourth wave inside wave (3). The market may yet continue moving upwards inside wave 5 of (3) for a while, but I’ve decided to stay out of the market. 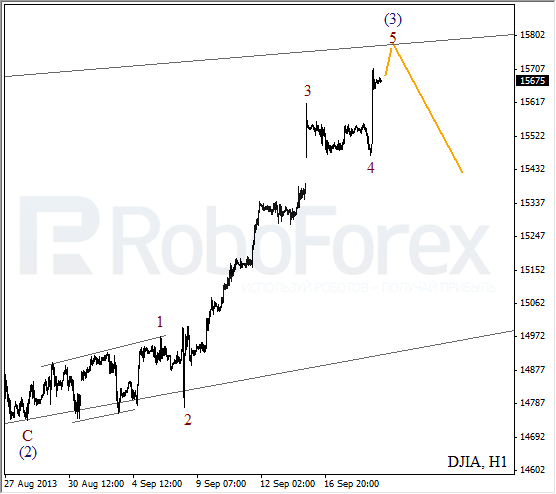 Oil did rebound from diagonal triangle pattern’s lower border. On the minor wave level, the price is forming an initial ascending impulse. We think, that the most interesting may happen during the formation of the third wave. 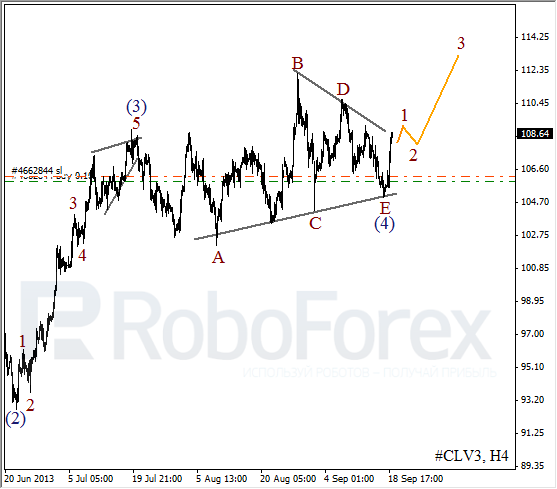 As we can see at the H1 chart, wave E took the form of zigzag pattern. Right now, the price is completing the third wave inside wave 1. Later, the instrument is expected to form a slight correction and then start moving upwards inside wave 5 of (3). 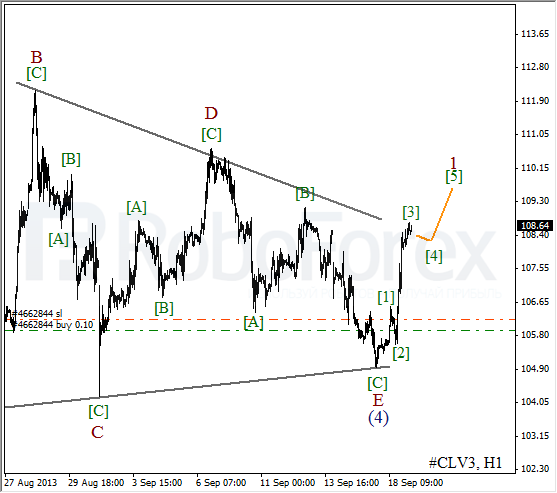