After rebounding from level of 38.2% several times, Eurodollar started moving downwards. Right now, price is being corrected, but may start new descending movement in the nearest future. Main target for bears is several fibo-levels near 1.3490. 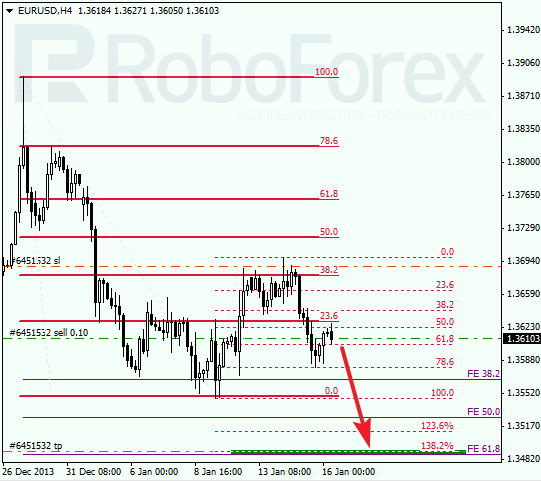 As we can see at H1 chart, target area is formed by three fibo-levels. If pair rebounds from them, price may start new correction. According to analysis of temporary fibo-zones, lower targets levels may be reached within next 24 hours. 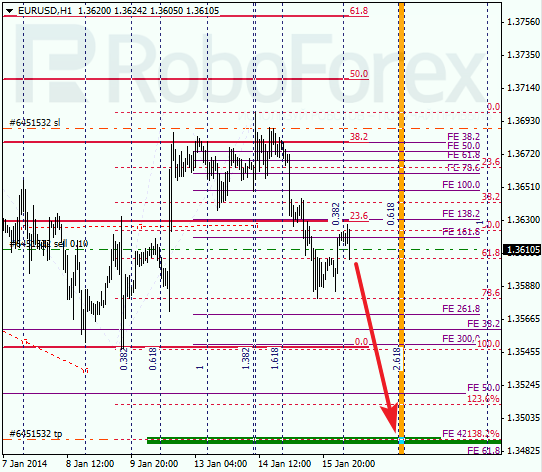 Franc is also being corrected; earlier price rebounded from correctional level of 38.2%. In the near term, bulls are expected to start new ascending movement and break previous maximums. Their target is several fibo-levels near 0.9180. 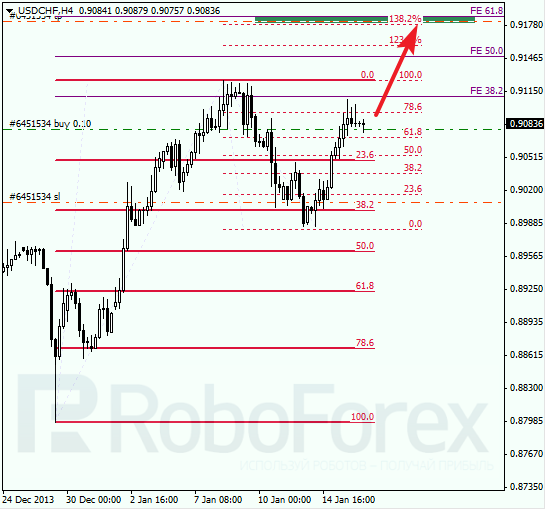 After making fast ascending movement, bulls decided to slow down a little bit. According to analysis of temporary fibo-zones, upper levels by the end of this week. If later pair rebounds from them, market may start new correction. 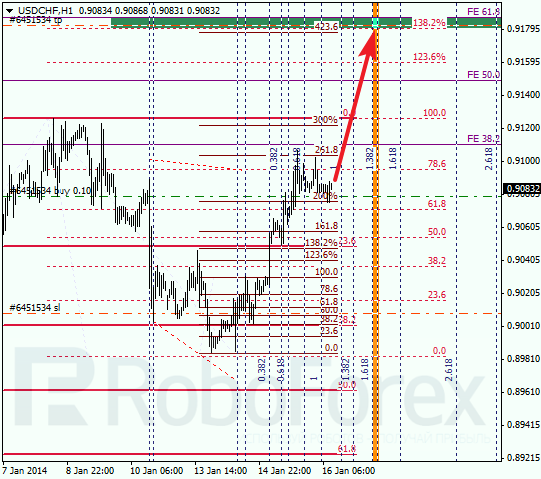