Euro is still being corrected; earlier price rebounded from correctional level of 38.2%, which means that pair may start moving downwards again. I’ve got only one sell order so far; target is several fibo-levels near 1.3490. 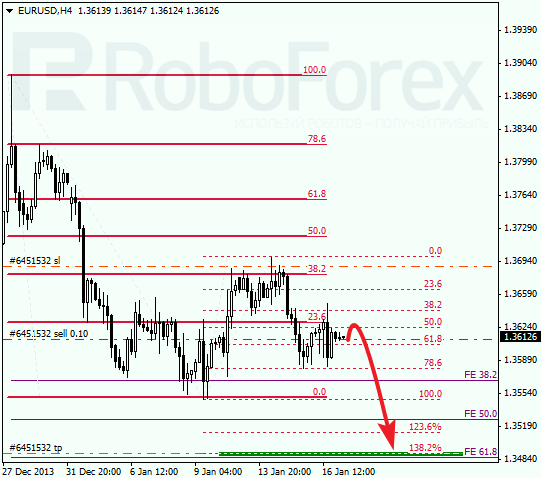 As we can see at H1 chart, target of current correction is at level of 61.8%. According to analysis of temporary fibo-zones, this level may be reached on Friday. If later price rebounds from it, bears will return to the market. 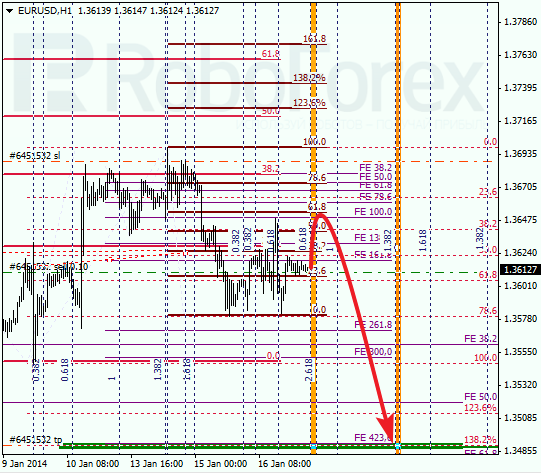 Franc is also being corrected; I’m in a drawdown with my sell order. Earlier this week price rebounded from correctional level of 38.2%. In the future, pair is expected to move upwards to reach several fibo-levels in upper part of the chart. 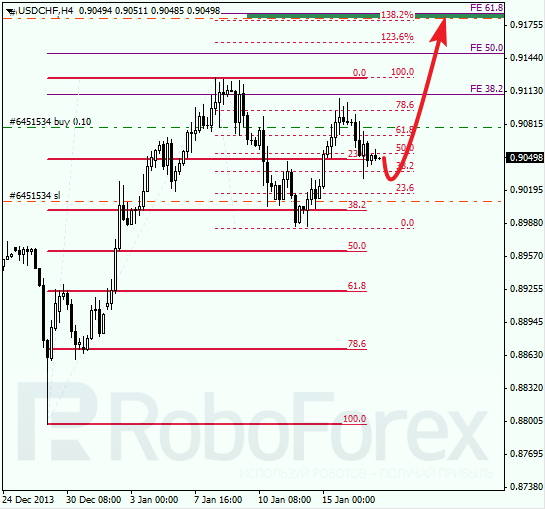 Correction may yet continue during the day, price may break local minimum. According to analysis of temporary fibo-zones, upper levels may be reached by next Tuesday. We should note that if later price rebounds from target area, pair may start new and deeper correction. 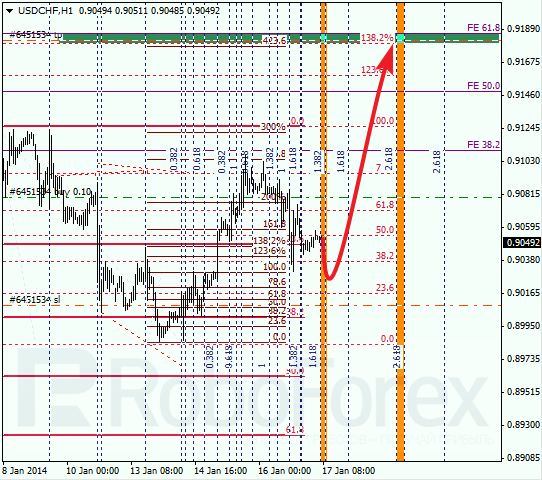