Euro is still moving downwards; target levels are very close. During correction, I opened another sell order; stop on both trades is placed at local maximum. If later price rebounds from lower levels, pair may start new and deeper correction. 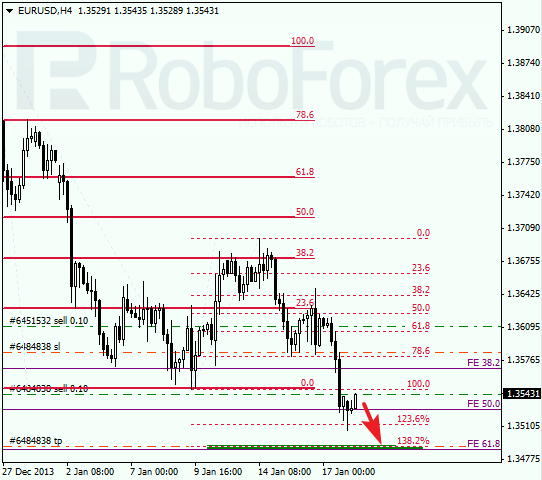 As we can see at H1 chart, after rebounding from correctional level of 50%, pair started falling down. According to analysis of temporary fibo-zones, predicted targets may be reached during Monday. If later price breaks lower levels, I’m planning to start selling again during pullback. 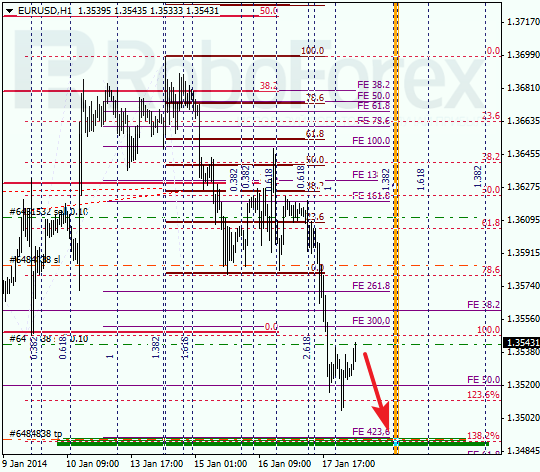 After reaching new maximum, Franc started correction, during which I opened my second buy order. Target for both trades is the same; it’s close to upper fibo-levels at 0.9180. Stops for both orders are placed at local minimum, but later I’m planning to move them higher. 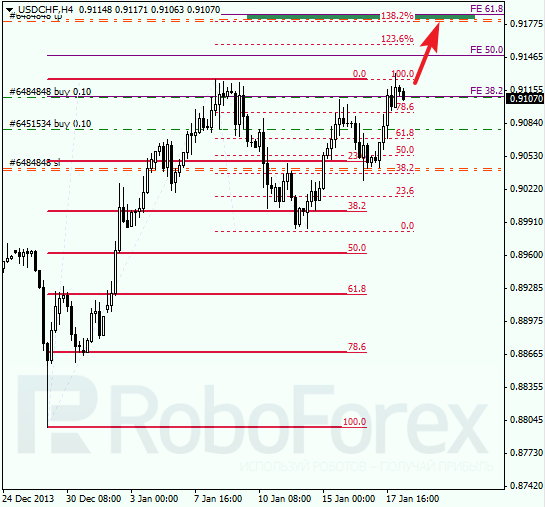 As we can see at H1 chart, after rebounding from local level of 61.8%, price started growing up again. However, current correction is unlikely to be very deep, that’s why upper target levels may be reached quite soon. 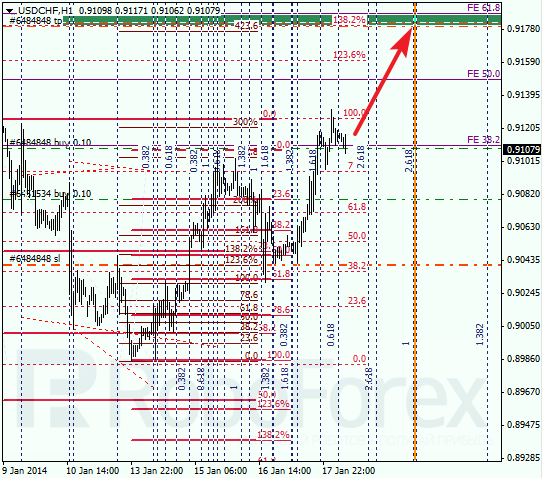