With Euro I’m in drawdown. Despite current correction, there is strong possibility that pair may start growing up towards several upper fibo-levels at 1.3960. Possibly, this ascending movement may start during the day. 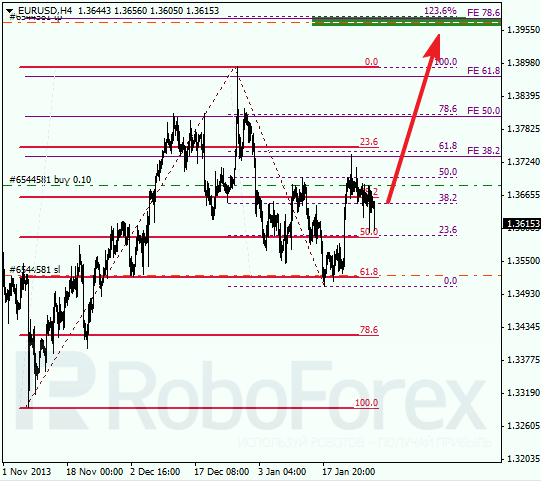 At H1 chart we can see, market is very likely to test level of 61.8%. According to analysis of temporary fibo-zones, price may test this level during the day. If later pair rebounds from it, I’ll increase my short position. 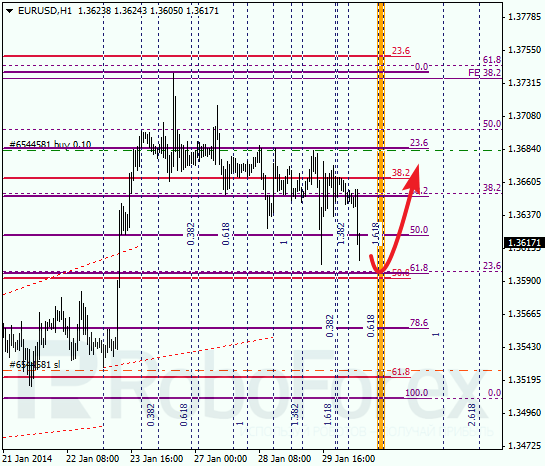 Franc is also still being corrected. Probably, pair may reach new local maximum during the day. Later instrument is expected to start new descending movement towards its main target, which is close to several lower fibo-levels. 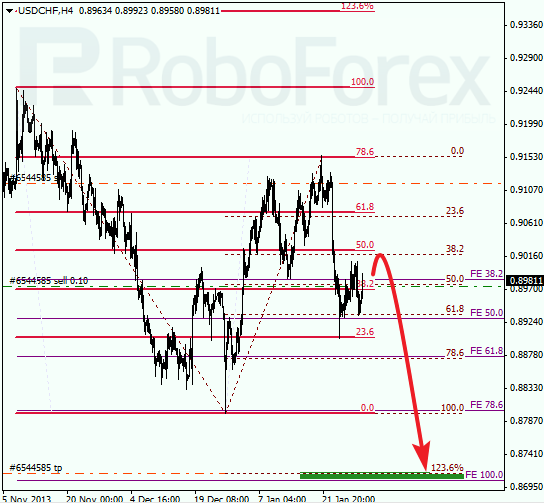 As we can see at H1 chart, target of current correction is at local level of 50%. According to analysis of temporary fibo-zones, price may rebound from this level in the nearest future. 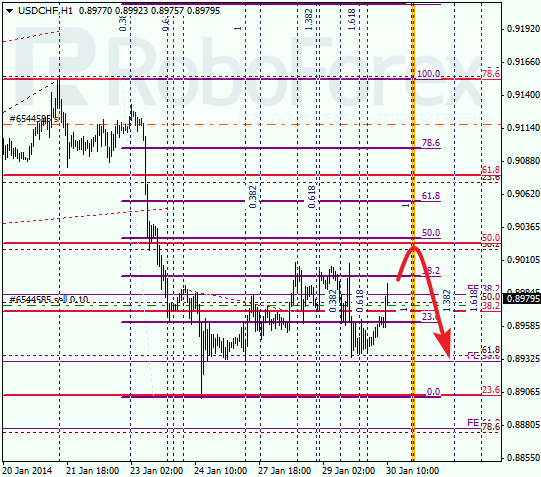