After reaching intermediate levels, Eurodollar started local correction. In the future, pair may start falling down again and reach fibo-levels at 1.3725. Later these levels may become starting point of new correction. 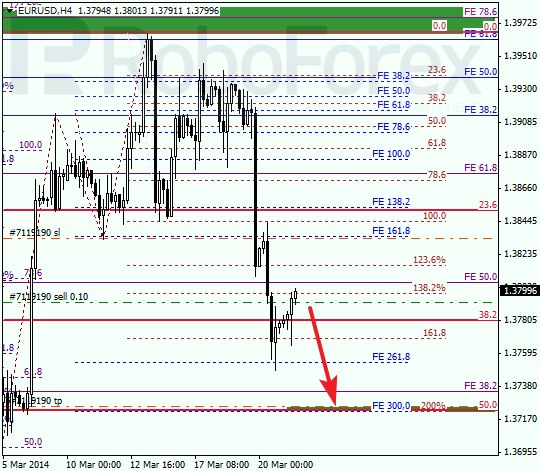 As we can see at H1 chart, price is about to complete current correction, during which I opened short-term sell order. According to analysis of temporary fibo-zones, lower target levels may be reached during Friday. As soon as pair starts moving upwards, I’ll move stop on my order into the black. 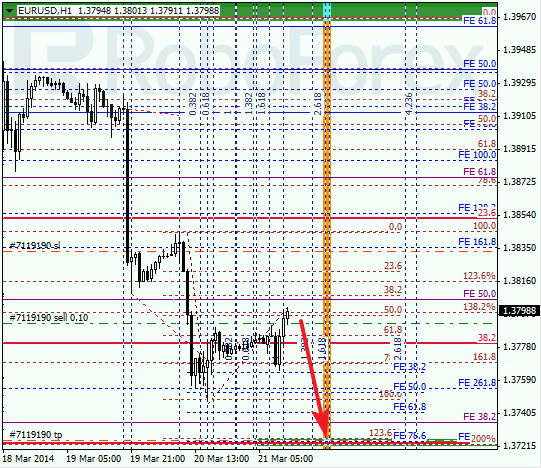 Franc is also being corrected, but may yet continue growing up. Possibly, in the nearest future pair may start new ascending movement towards upper fibo-levels at 0.8890. During correction, I opened another buy order. 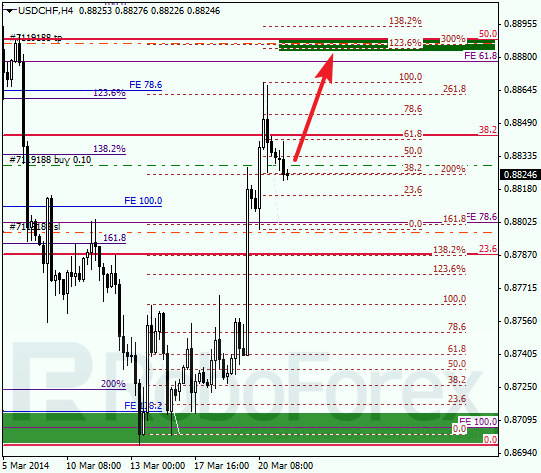 According to analysis of temporary fibo-zones at H1, price may reach its predicted targets until the end of the week. After that, pair may reverse, or, at least, start new correction. 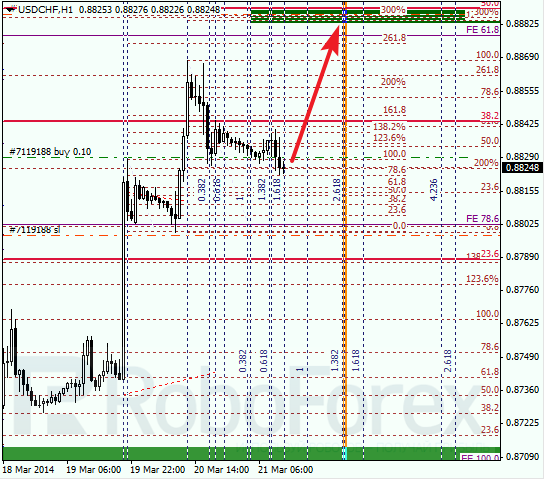