Eurodollar is still being corrected. Marker reached stop on my sell order, that’s why I had to open another one. Target is still near the group of lower fibo levels at 1.3665. 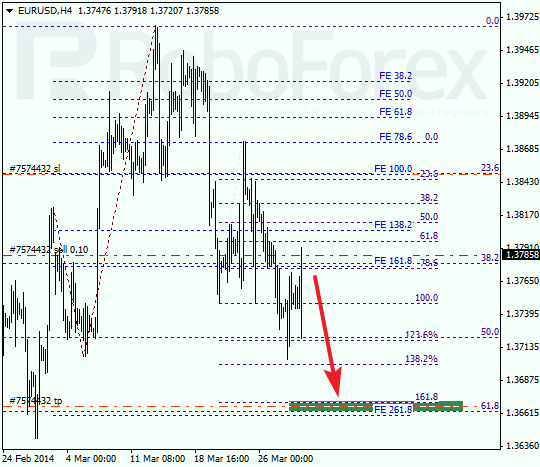 As we can see at H1 chart, pair reached local correctional level of 50%. If it rebounds from this level, bears will start new descending movement. According to analysis of temporary fibo-zones, lower target levels may be reached during the next couple of days. 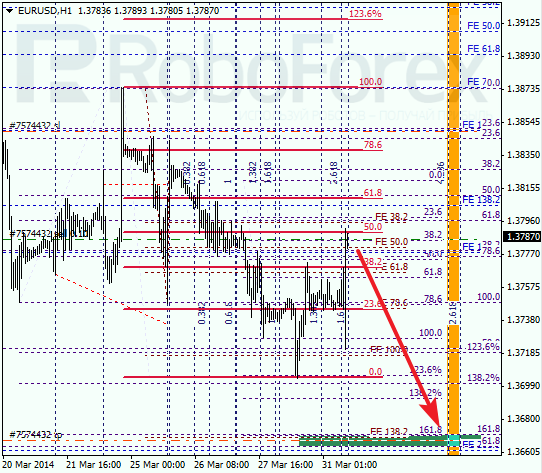 Franc is also being corrected; I opened another buy order with the same target. Most likely, pair will reach the group of upper fibo levels at 0.8930 until the end of this week. 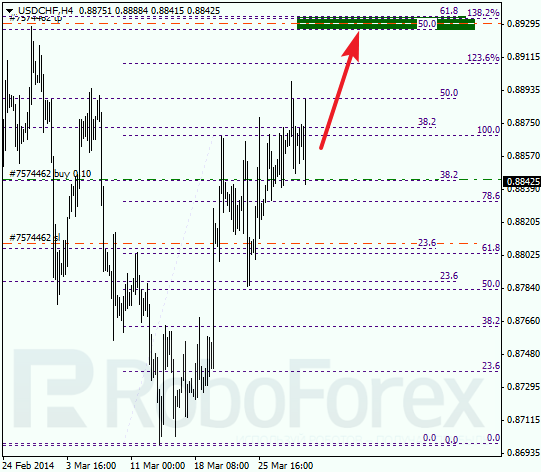 As we can see at H1 chart, bulls are trying to rebound from local level of 50%. I’ll move stop into the black as soon as market start moving upwards. Target is near the group of upper fibo levels, which are inside temporary fibo-zone. 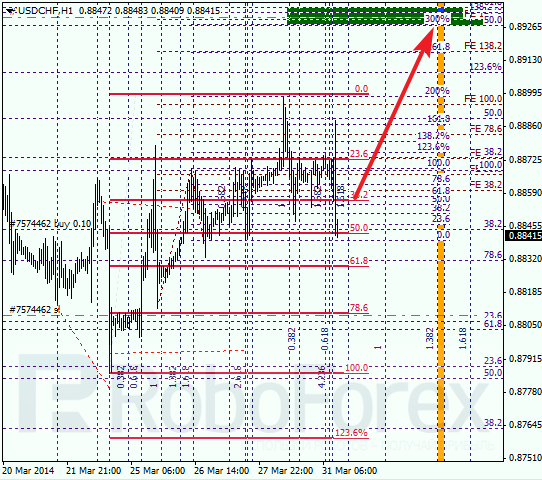