It looks like after rebounding several times from level of 50% (1.3790), Eurodollar is reversing upwards. Yesterday I opened buy order with stop placed at local minimum. Target for the next several days is close to the group of upper fibo levels at 1.3965 – 1.3975. 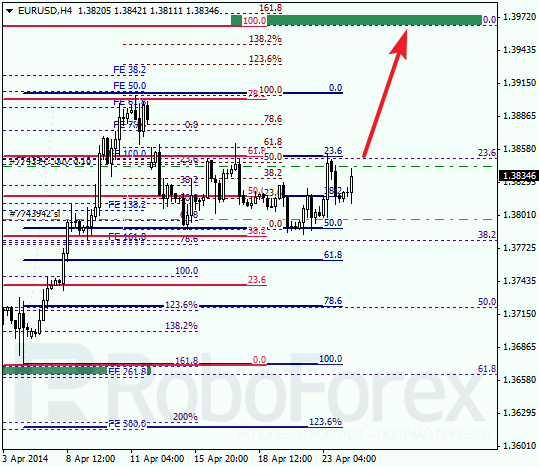 After rebounding from one of local levels, Eurodollar started new correction, which reached level of 61.8% from previous ascending movement. Most likely, in the nearest future price will reach new maximum. Possibly, market may reach upper target levels inside temporary fibo-zone. 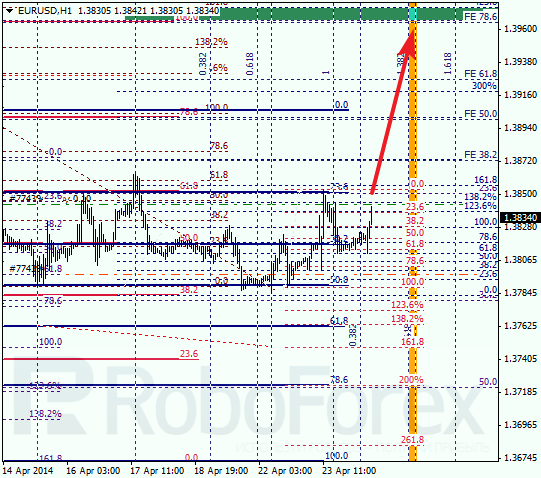 After reaching main targets of correction, Franc started falling down again. I’ve got one sell order with stop placed near latest maximum. Target is near the group of lower fibo levels at 0.8650 – 0.8640. 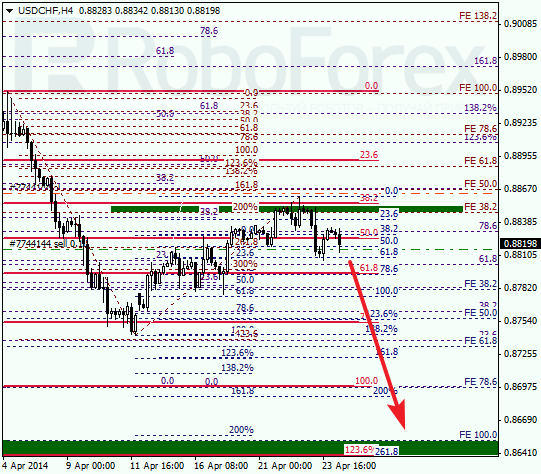 As we can see at H1 chart, bears reversed right inside temporary fibo-zone. Most likely, price will start new local correction from intermediate fibo level (0.8785). During this correction, I’m planning to increase my position. 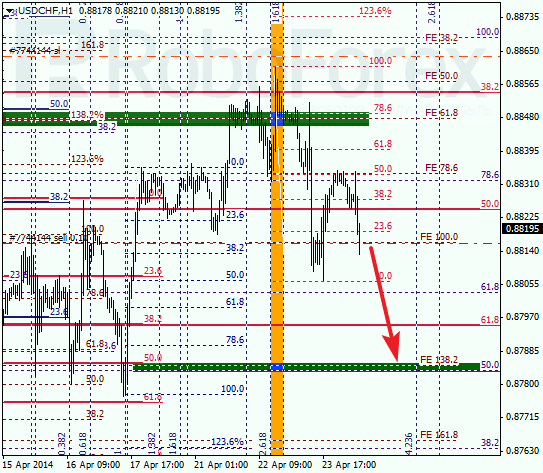