After rebounding several times from level of 50% (1.3790), Eurodollar started new ascending movement. Most likely, during this week bulls will reach the group of upper fibo levels at 1.3965 – 1.3975. If price rebounds from them, instrument may start new and deeper correction. 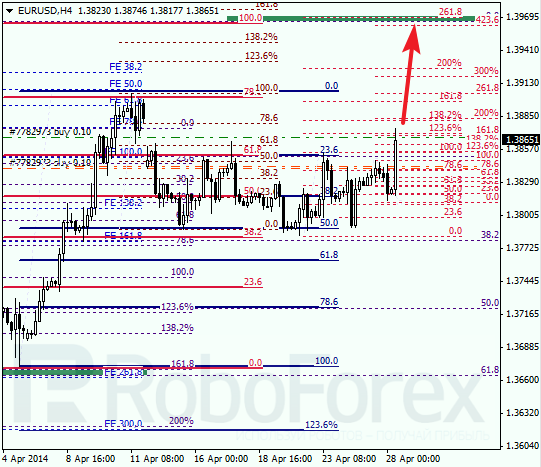 At H1 chart, after rebounding from local level of 61.8% (1.3813), Eurodollar reached new maximum and I decided to move stop on my first buy order into the black. During correction, I opened another order, According to analysis of temporary fibo-zones, predicted targets may be reached by Tuesday. 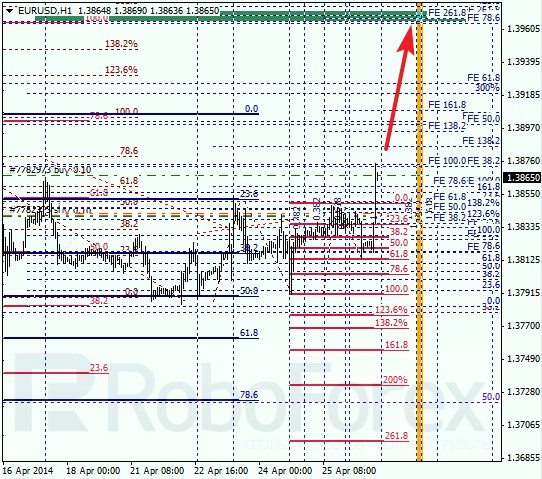 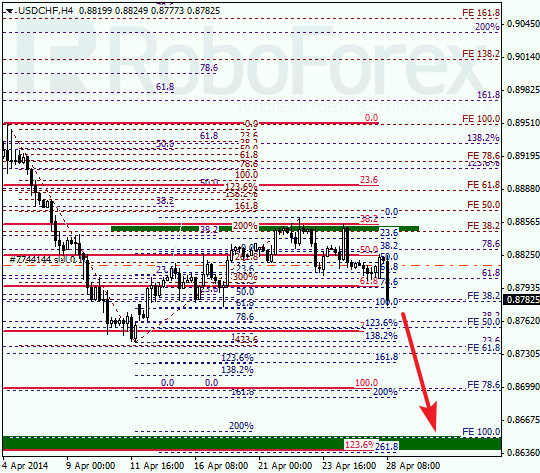 As we can see at H1 chart, Franc reached its intermediate target (0.8785). Possibly, in the near term price may start new correction. Later instrument is expected to continue falling down towards the next group of fibo levels (0.8753). 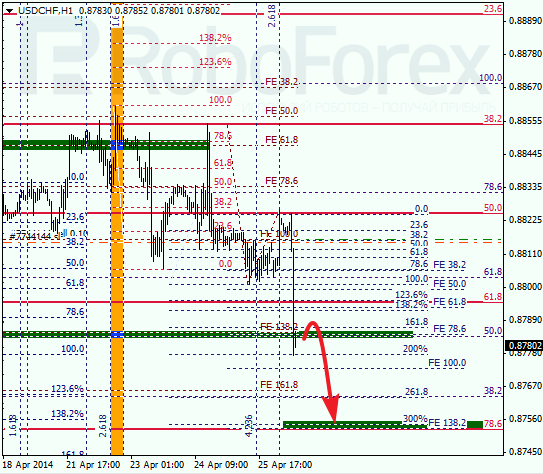