Euro is still consolidating. We can’t exclude a possibility that the current correction may finish in the area where there are several fibo-levels and the price will start moving downwards again. The target area remains the same – it’s the area, where there are 4 fibo-levels from different fibo-extensions and backward corrections. 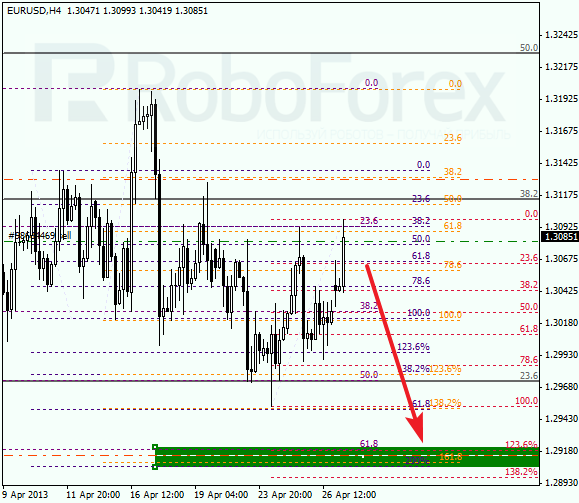 At the H1 chart we can see, that there is a new extension.  The level of 100% is close to the upper border of the target area. According to the analysis of temporary fibo-zones, predicted levels may be reached by the 1st or 2nd of May. 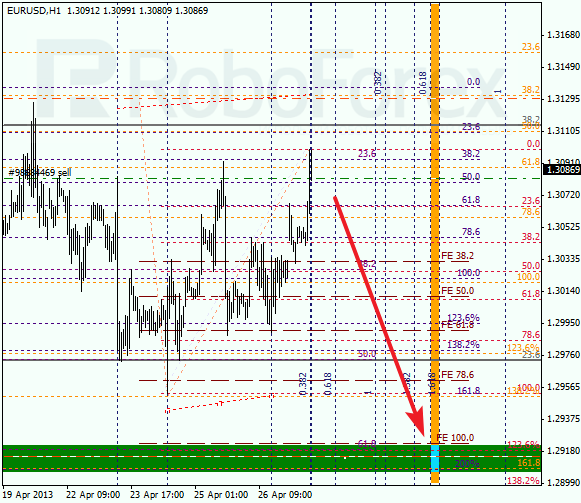 Franc started a new local correction. If the price rebounds from the level of 38.2%, the pair will start a new ascending movement. Take Profit on my short-term buy order is placed in the target area, where there are several fibo-levels. 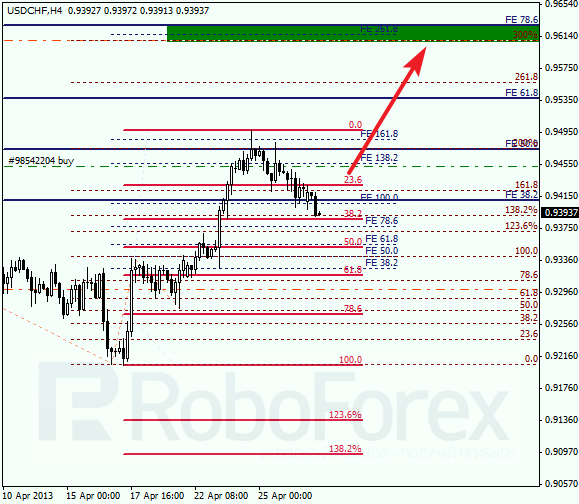 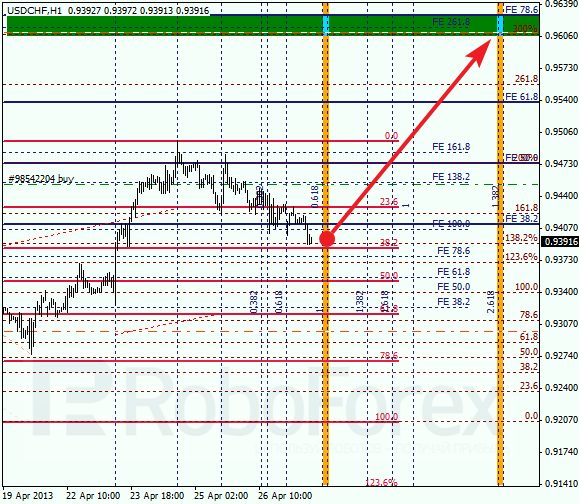