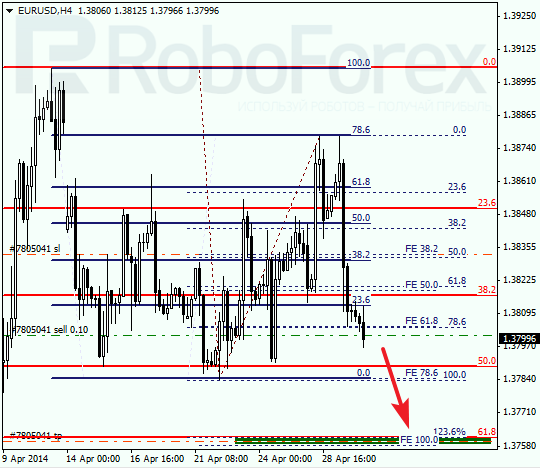 As we can see at H1 chart, lower target area is formed by four fibo levels. According to analysis of temporary fibo-zones, predicted targets may be reached during the next couple of days. 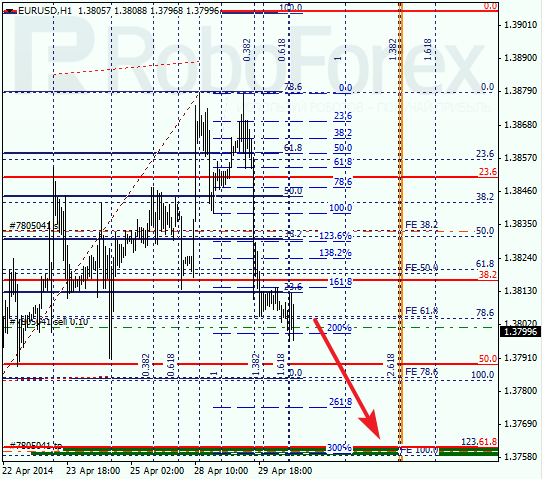 After rebounding from local level of 78.6% (0.8768), Franc started moving upwards. Main target for the next several days is the group of upper fibo levels at 0.8885 – 0.8880. If price rebounds from them, market may start deeper correction. 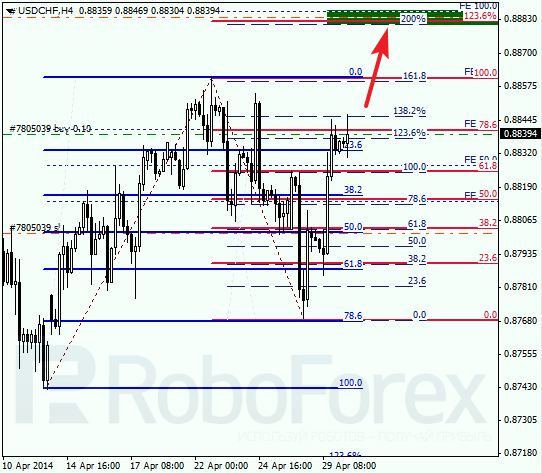 As we can see at H1 chart, Franc is consolidating. Possibly, price may reach new maximum on Wednesday. According to analysis of temporary fibo-zones, upper target levels may be reached until the end of this week. 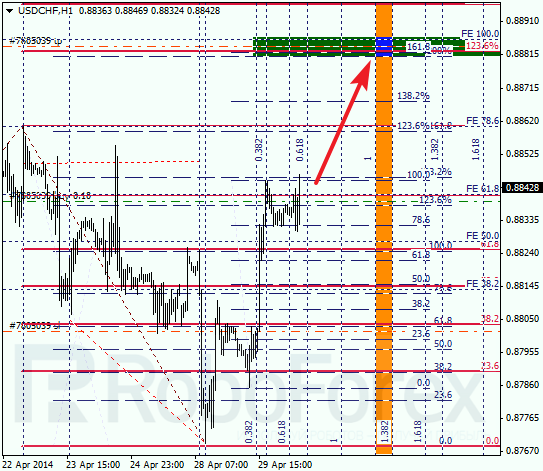