The EUR/USD currency pair is still consolidating. Earlier the pair rebounded from the level of 50%. Later the price is expected to start a new descending movement. The target is between the levels of 78.6% (backward correction) and 161.8% (extension). 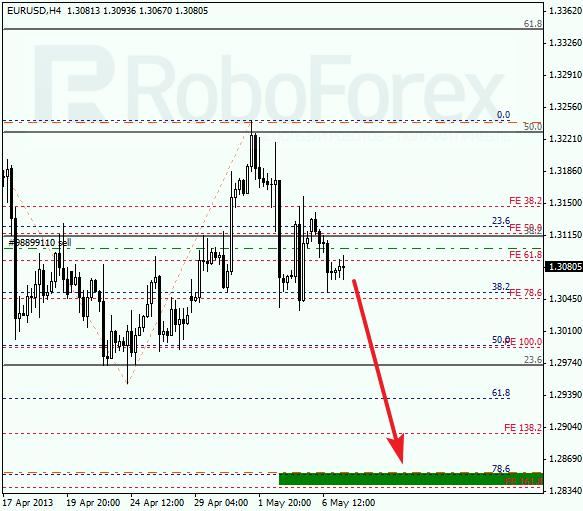 At the H1 chart we can see, that a local correction is supported by the level of 50%. We can’t exclude a possibility that the price may break the minimum during the day. According to the analysis of temporary fibo-zones, the level of 1.3000 may be reached by Thursday. 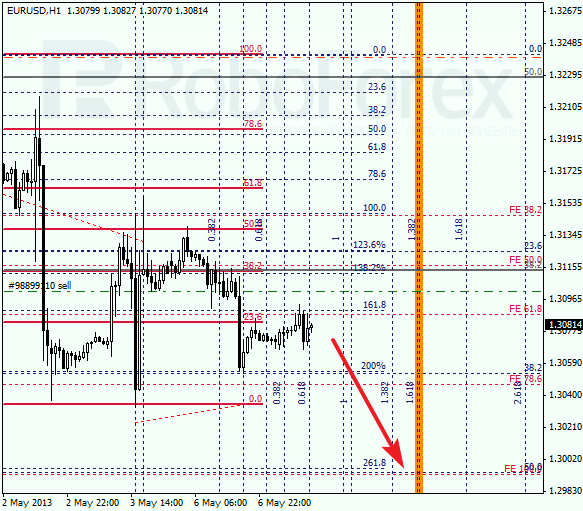 Franc completed a slight correction and right now is starting a new ascending movement. The pair may break the maximum during the day. The target for the buyers is at the level of 0.9435. 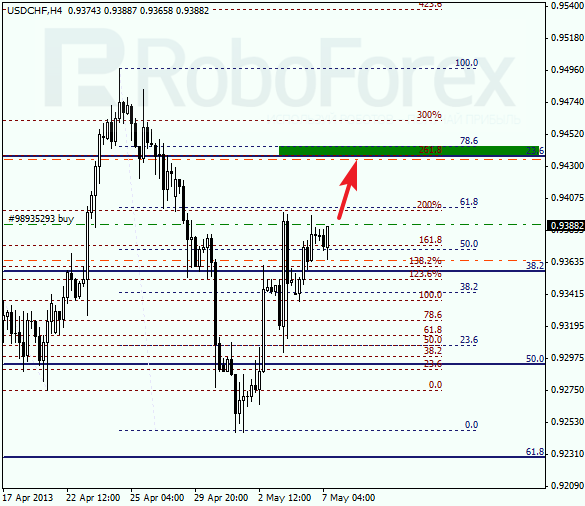 At the H1 chart we can see, that the price rebounded from the level of 23.6% and started growing up again. According to the analysis of temporary fibo-zones, predicted levels may be reached during the day. If the price rebounds from the target area, the pair may start a new correction. 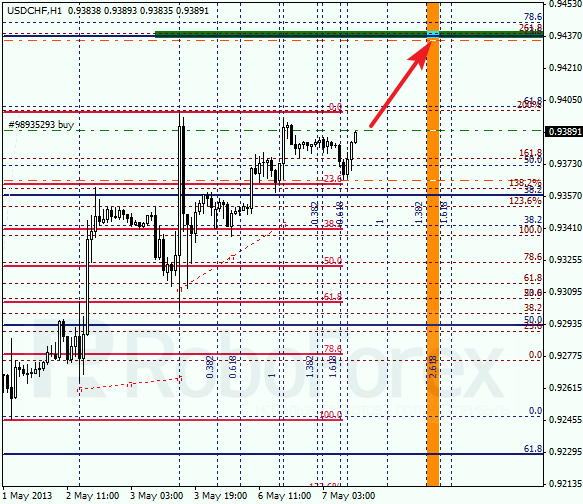