After short correction, Euro started growing up. Possibly, price will reach new maximum during the day. Main target is the group of upper fibo levels at 1.4005 – 1.4000. 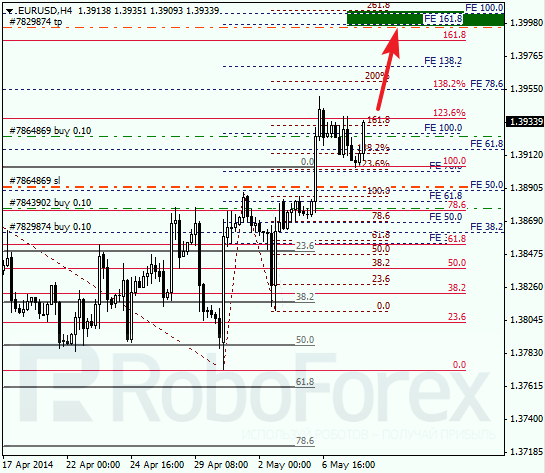 As we can see at H1 chart, local correction was supported by local level of 61.8% (1.3903). According to analysis of temporary fibo-zones, upper targets may be reached by the ned of Friday. If later pair rebounds from them, market may start new correction. 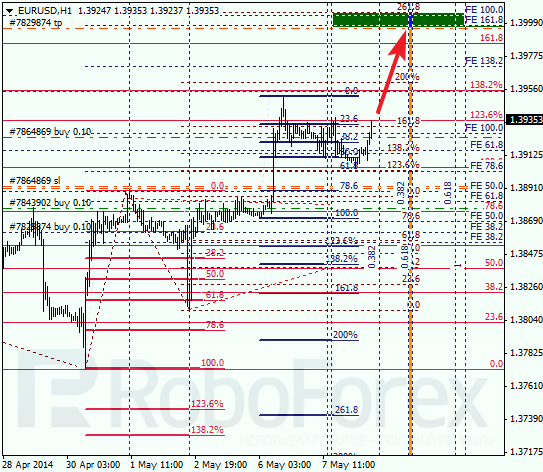 Probably, Franc is starting its movement inside main trend. I’m still keeping my three sell orders. In the near term, instrument is expected to reach the group of lower fibo levels at 0.8695. 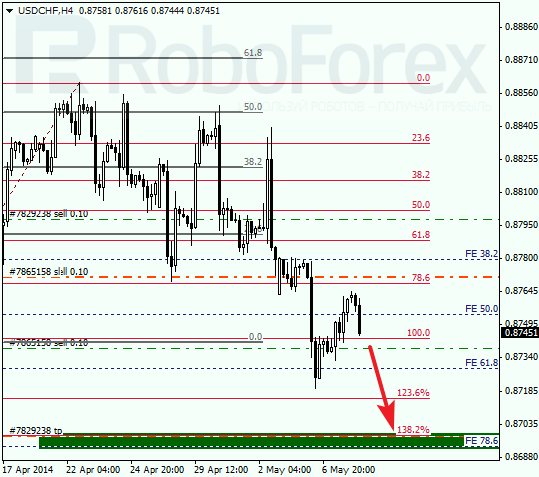 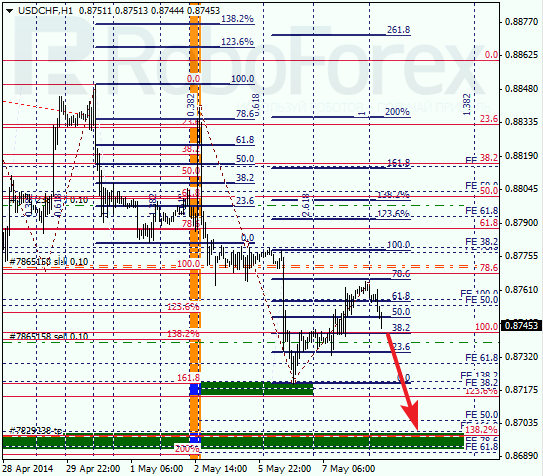