Euro continues falling down. During a correction, I opened one more sell order. In the near term, the price may continue moving downwards. The target is in the area of 1.2650, where there are several fibo-levels. The pair may break the minimum set in March quite soon. 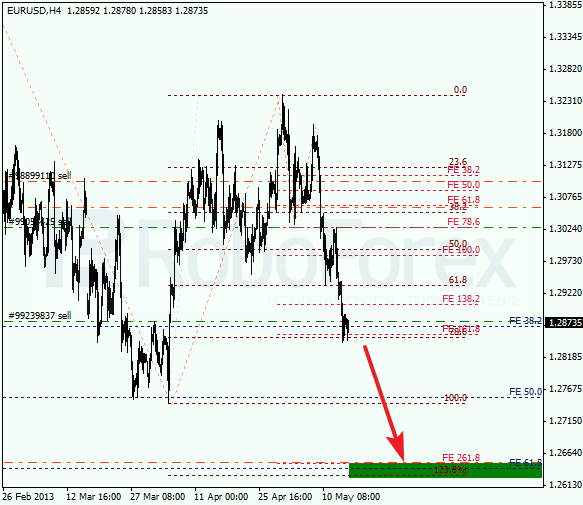 At the H1 chart, in the target area we can see the level of 423.6% from backward correction. According to the analysis of temporary fibo-zones, predicted target may be reached in the beginning of the next week. Later we can expect the pair to start a deeper correction. 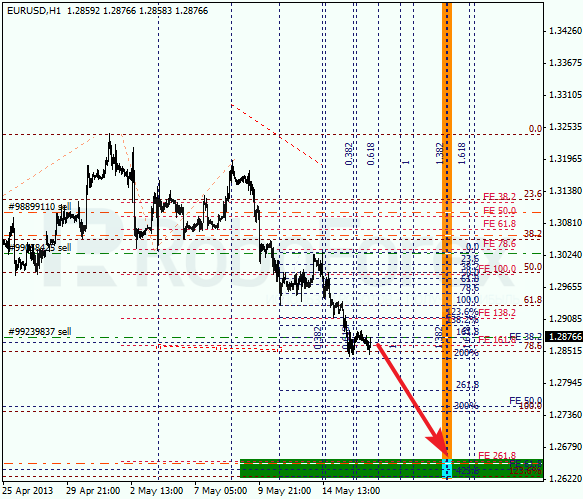 Here the bulls are in control. During a pullback, I decided to increase my long positions. The target is still at the level of 0.9920, where there are several fibo-levels. If the pair rebounds from these levels, the price may start a more serious correction. 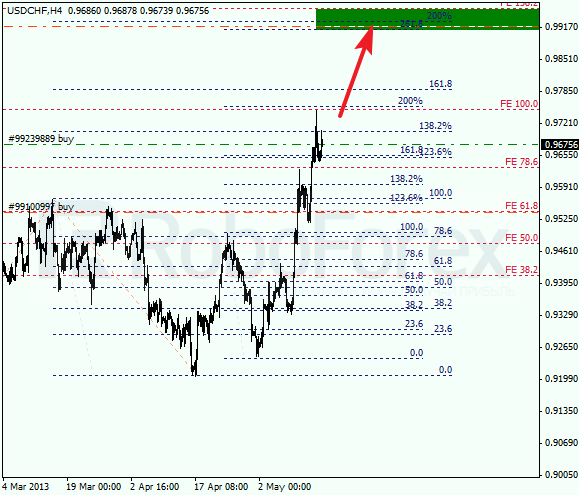 At the H1 chart, the pair is consolidating. It looks like the bulls decided to slow down for a while. According to the analysis of temporary fibo-zones, the target levels may be reached next Monday or Tuesday. 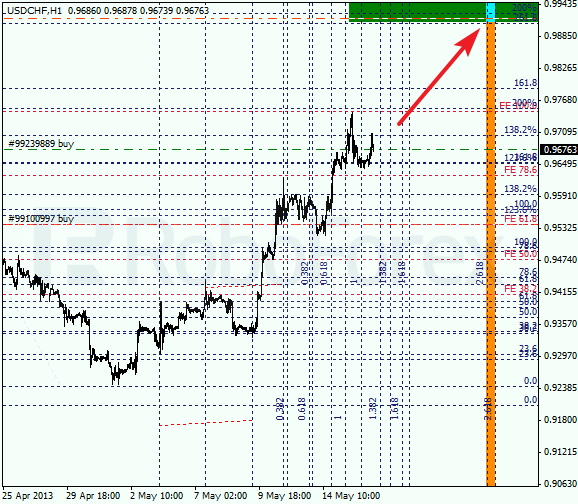