After making a rapid ascending movement in the end of the last week, Euro started a correction. I opened several more buying orders, because the price seems to continue moving upwards. The target is still at the level of 1.3340, where there are several fibo-levels. 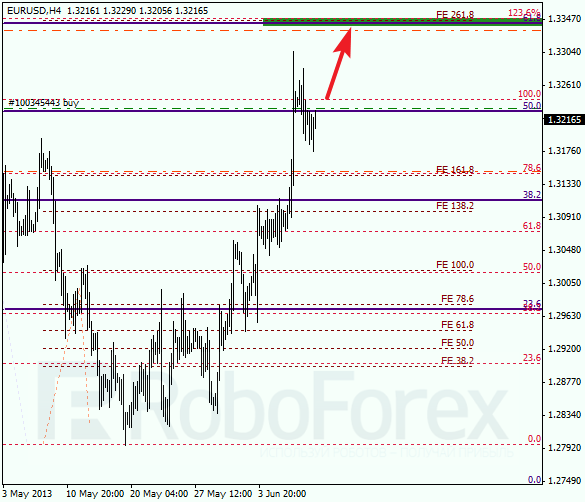 At the H1 chart, the price is moving near the level of 50% from the previous ascending movement. According to the analysis of the temporary fibo-zones, predicted target area may be reached by Tuesday. Later these levels may become a starting point of a new correction. 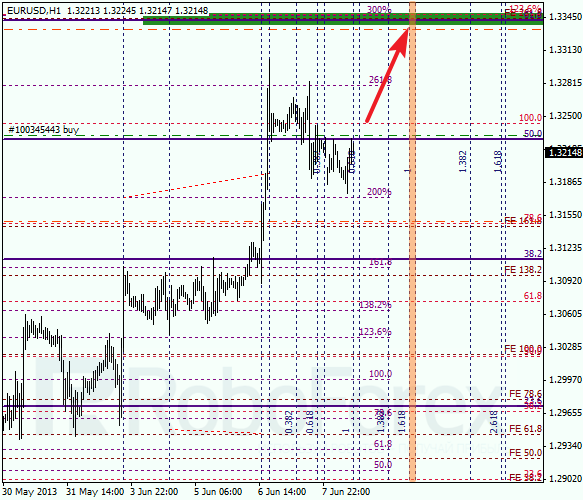 Franc rebounded from the levels of 261.8% (backward correction) and 61.8 (extension) and started a correction. However, there is a possibility that the price may start falling down towards the target area during the next several hours. The target for the bears is the level of 0.9200. 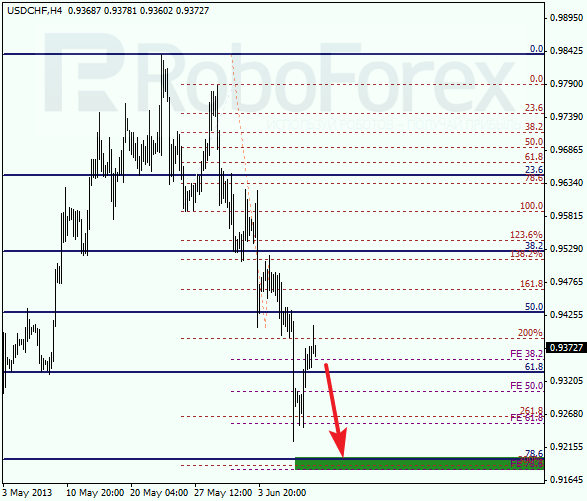 At the H1 chart, the pair is finishing a correction. According to the analysis of the temporary fibo-zones, the target levels may be reached tomorrow. If the pair rebounds from these levels, the market may start a new correction. 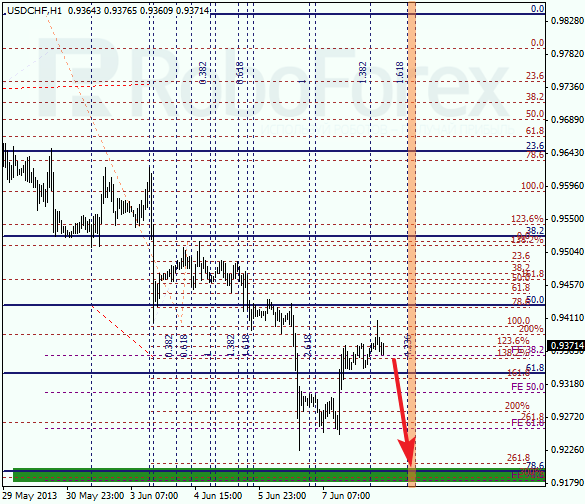