The bulls have almost reached the maximum; the target is still at the level of 1.3340, where there are several fibo-levels. It later the Euro rebounds from the target area, the pair may start a new correction. 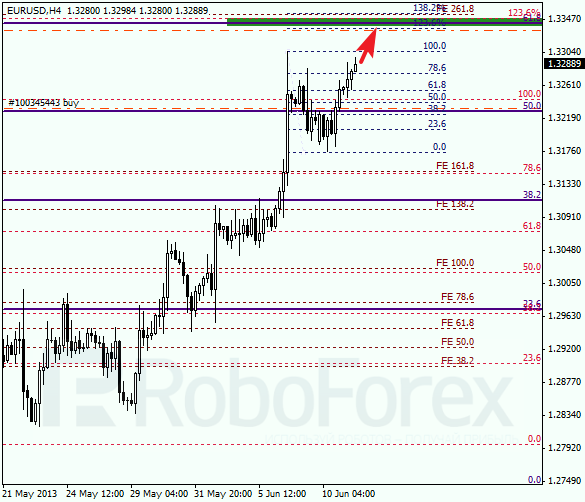 The market is just several tens of pips away from predicted targets. According to the analysis of the temporary fibo-zones, predicted target area may be reached during the day. If Euro later break these levels upwards, the price will continue growing up. 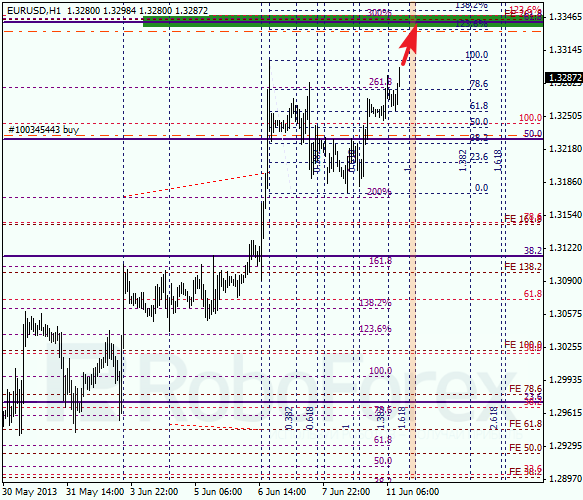 Franc is falling down again. Most likely, the pair will break the minimum during the next several hours. The main target is at the level of 0.9200; if the pair rebounds from the level, Franc will start a new correction. 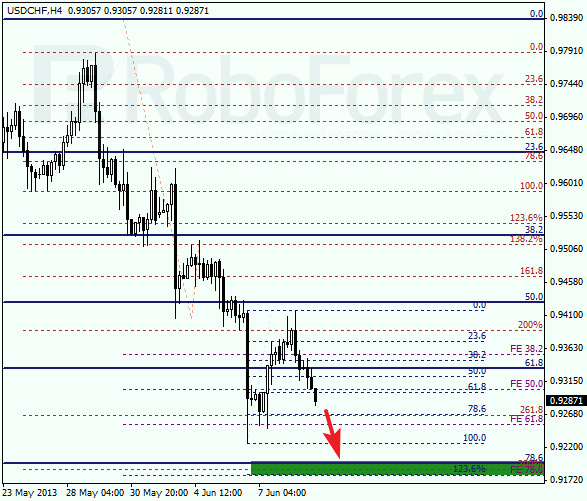 At the H1 chart, we can see that there are four levels in the target area. The pair is moving below the level of 61.8% again. According to the analysis of the temporary fibo-zones, the target levels may be reached during the next 24 hours. 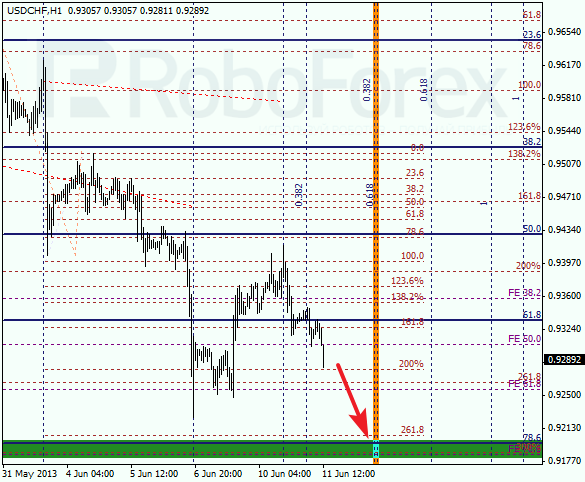