Euro rebounded from the levels of 161.8% and 78.6%. We can’t exclude a possibility that right now the pair is starting a new correction, that’s why I opened a buy order during a local correction. The target area for the bulls may be the level of 38.2% from the previous descending movement. 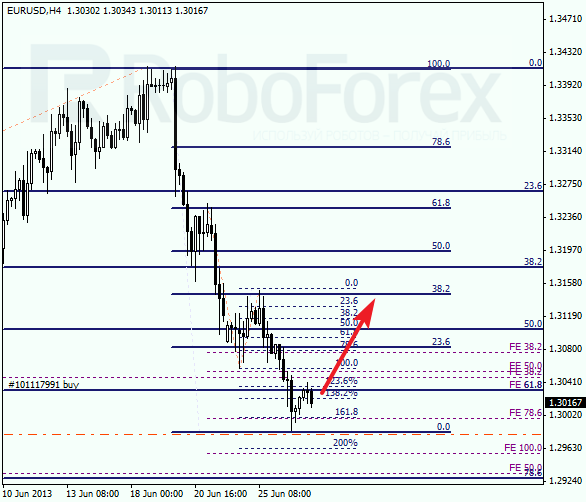 At the H1 chart we can see, that the pair rebounded from the 2.168 line of the fibo-channel. In addition to that, the temporary fibo-zones also indicate that the current down-trend may have already been finished. Most likely, the pair will break a local maximum during the next several hours. 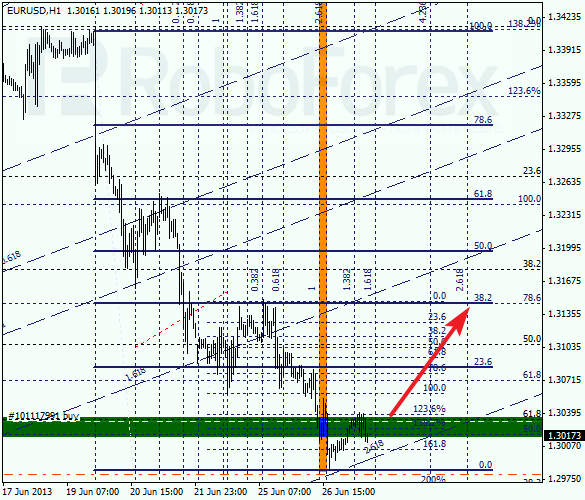 Franc continues forming an ascending correction. The price is just several pips away from the target levels of 123.6% and 50%. If the pair rebounds from them, the market may make a reverse. 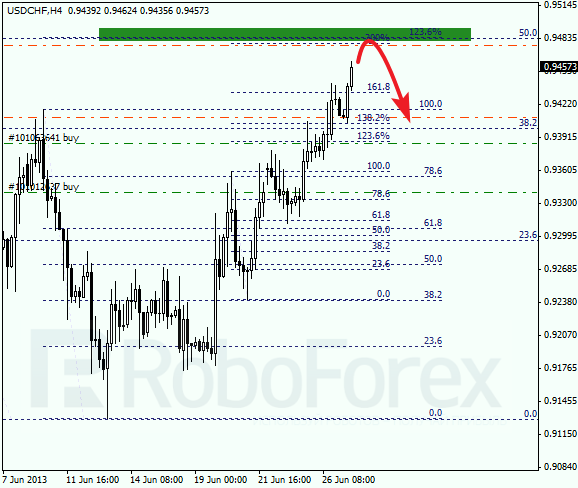 At the H1 chart we can see, that I moved the stops on my orders below the latest local minimum. According to the analysis of the temporary fibo-zones, the target levels may be reached very soon. After the price rebounds from them, I’m planning to open some sell orders. 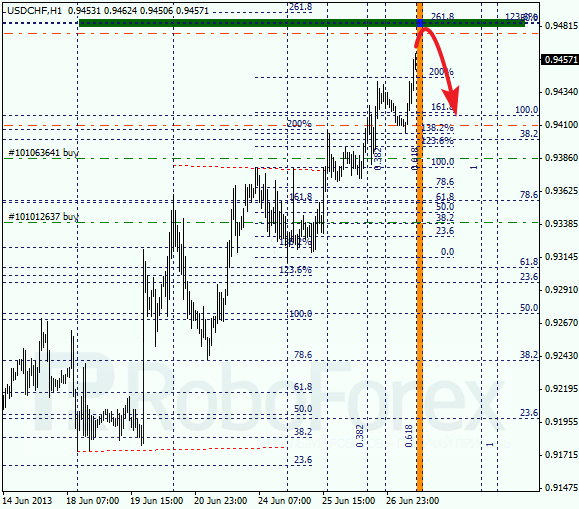