Euro continues falling down; the bears are pushing the price towards the level of 78.6%. If later the pair rebounds from it, the market may start a correction. Nevertheless, the stops on my sell orders are already in the black. 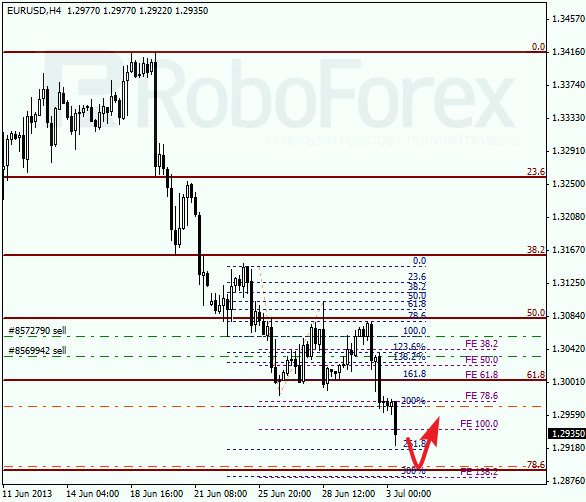 At the H1 chart we can see, that Euro has almost reached the temporary targets. In the target area, there are five fibo-levels. One more target for the bears is the 4.236 line of the fibo‑channel. 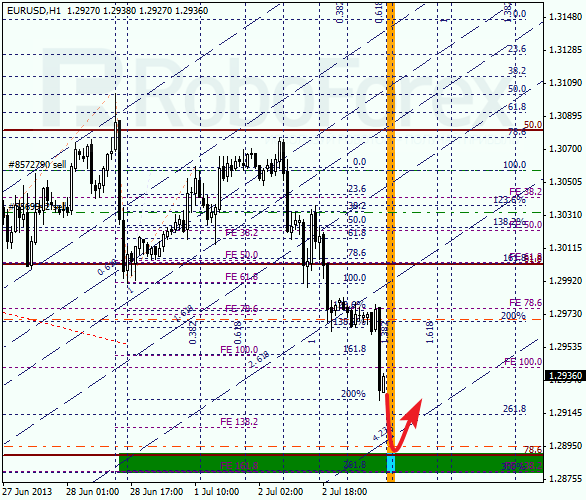 Yesterday the price broke the level of 50%, and I moved the stop on my buy order into the black. The target for the bulls is at the level of 61.8%. If later the pair rebounds from it, the market may start a new correction. 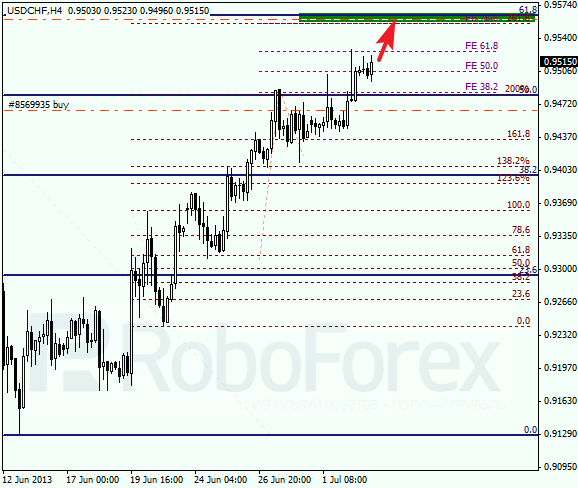 At the H1 chart we can see, that the pair is consolidating. It looks like the bulls are going to break the latest maximum. According to the analysis of the temporary fibo-zones, predicted targets may be reached very soon. 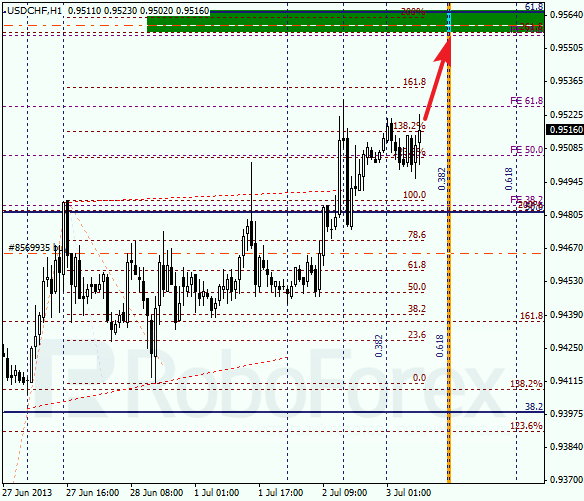