Euro is falling down fast towards the group of lower fibo-levels at 1.3465 – 1.3455. During correction, I opened two more sell orders. Stop losses on all of my sell orders is already in breakeven and with a little bit of profit. 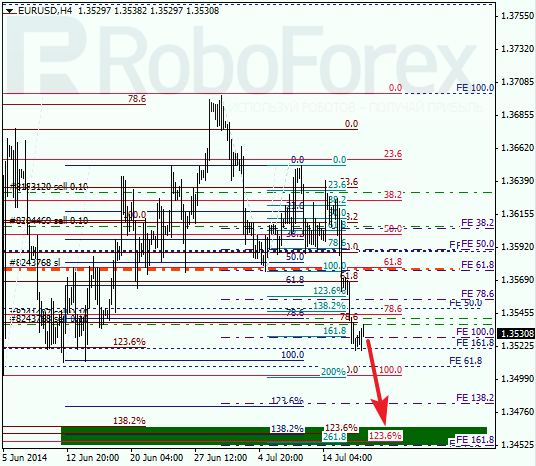 As we can see at H1 chart, price is consolidating. According to analysis of temporary fibo-zones, price may reach its predicted targets by Friday. If later pair rebounds from lower levels, market may start new correction. 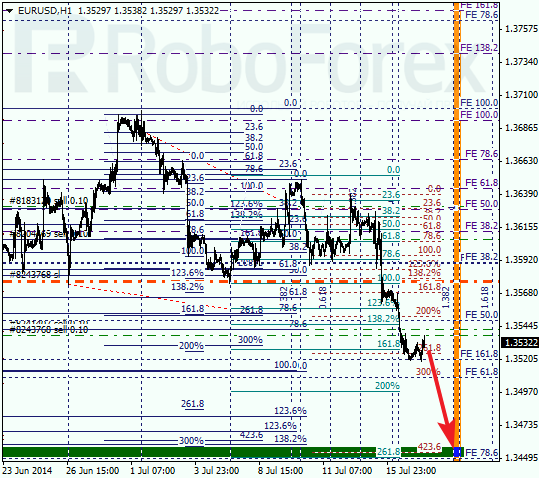 During local correction, I opened another buy order. Targets are still the group of upper fibo-levels at 0.9105 – 0.9095. Stop loss on my current orders is in breakeven; later I’m planning to increase my long position. 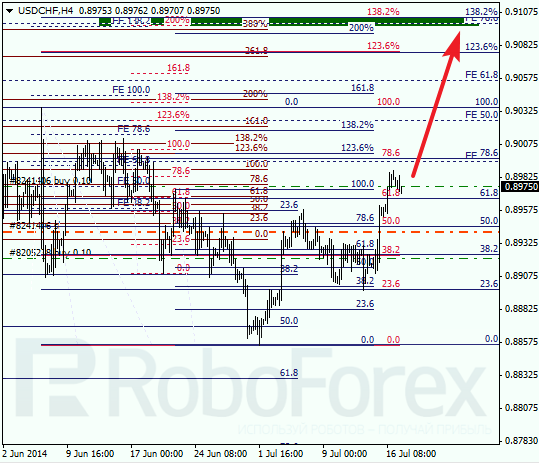 Franc rebounded from level of 61.8% (0.8895) and started new ascending movement. According to analysis of temporary fibo-zones, upper targets may be reached until the end of this trading week or in the beginning of the next one. We should note, that if later pair rebounds from predicted targets, market may start new correction. 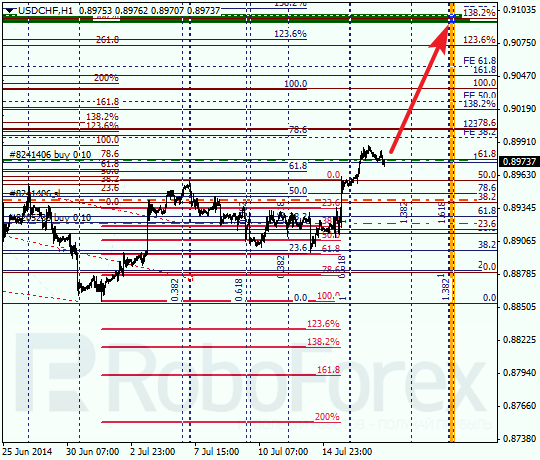